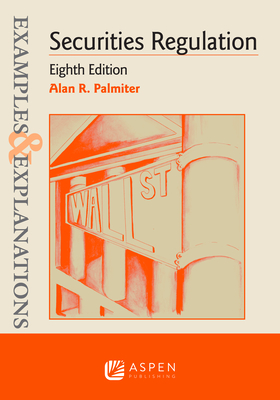 Informal and student-friendly, this best-selling study guide--also used by Wall Street lawyers and SEC staffers as a reference book--gives an overview of federal securities regulation and illustrates the topic with practical applications. Examples & Explanations: Securities Regulation, Eighth Edition combines clear introductions with examples and explanations that allow students to test their understanding of concepts and practice applying the law to fact patterns--many drawn from actual events in the securities markets.

New to the Eighth Edition:

Professors and students will benefit from: