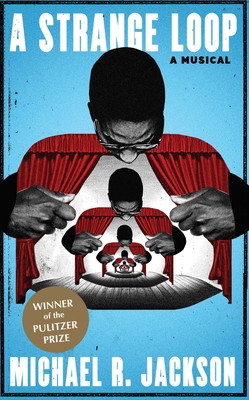 "This musical pierces the veil of the “image” of gay culture to reveal the raw confusion + self-loathing familiar to any LGBT millenial, especially artistic ones. More importantly, it’s beyond hilarious + sheerly alive.

recommended if you like: 100 Boyfriends, Fun Home, + if you hate Tyler Perry"

Winner of the 2020 Pulitzer Prize for Drama

"To watch this show is to enter, by some urgent, bawdy magic, an ecstatic and infinitely more colorful version of the famous surreal lithograph by M. C. Escher: the hand that lifts from the page, becoming almost real, then draws another hand, which returns the favor. Which came first? A Strange Loop is complex, teasing, thrilling." --Vinson Cunningham, New Yorker

Michael R. Jackson holds a BFA and MFA in playwriting and musical theater writing from the NYU Tisch School of the Arts. His awards include the Jonathan Larson Grant, a Lincoln Center Emerging Artist Award, a Whiting Award, and a Hull-Warriner Award. A Strange Loop is Michael's professional debut. It was awarded the Pulitzer Prize for Drama in 2020.