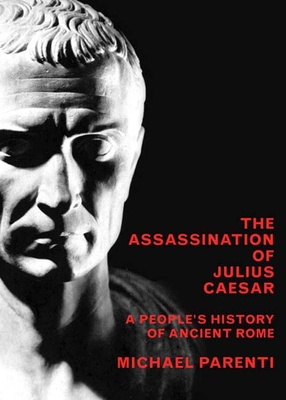 By Michael Parenti
$24.95
Email or call for price.

Most historians, both ancient and modern, have viewed the Late Republic of Rome through the eyes of its rich nobility. In The Assassination of Julius Caesar, Michael Parenti presents us with a story of popular resistance against entrenched power and wealth. As he carefully weighs the evidence concerning the murder of Caesar, Parenti sketches in the background to the crime with fascinating detail about wider Roman society. In these pages we find reflections on the democratic struggle waged by Roman commoners, religious augury as an instrument of social control, the patriarchal oppression of women, and the political use of homophobic attacks. The Assassination of Julius Caesar offers a whole new perspective on an era we thought we knew well.

Michael Parenti is the author of sixteen books including History as Mystery, The Terrorism Trap, Democracy for the Few, Against Empire, Dirty Truths, Blackshirts and Reds, and America Besieged. His work has been translated into twelve languages. He lives in Berkeley, California.