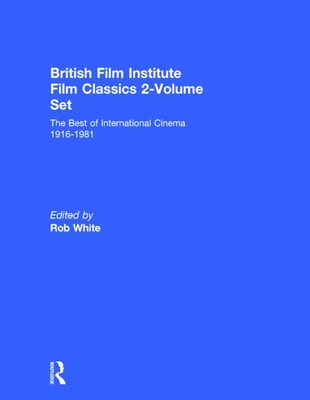 This illustrated two-volume set is a compendium of more than 50 monographs published by the British Film Institute since 1992. Each entry focuses on a single great film of world cinema, presenting an essay by a prominent critic, novelist, academic, or filmmaker. You will read Camille Paglia on The Birds, Richard Schickel on Double Indemnity, Salman Rushdie on The Wizard of Oz, and many more. Such a spectrum of critics, covering an equally broad selection of films, emphasizes the diversity of ways in which people experience cinema. Film Classics showcases a breadth of styles and approaches to contemporary film criticism, offering informed and lively critiques of some of the most notable works in the history of film.