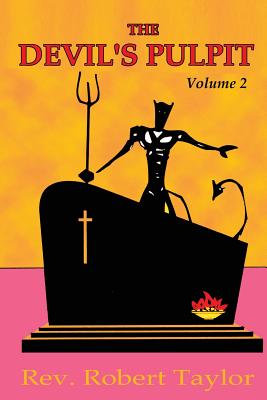 Includes the complete Memoir of Taylor's life, found only in this Book Tree edition. This is the second volume in a collection of sermons presented by Rev. Robert Taylor - sermons that stirred up more trouble in England than most anything else during this time. He was ordained in 1813 and spent five years preaching standard Christianity before meeting an "infidel," who opened Taylor's mind. Taylor began researching and questioning everything in the Christian faith that seemed deceitful and disgusting, which was being supported and praised by the standard fanatics in the faith that surrounded him. While seeking the true meaning and origins of the scriptures, he was shunned by family and friends, and ousted by the Church. He was jailed on more than one occasion, due to his oratory skills and winning many debates against those supporting standard religious dogmas. His time in prison was always put to good use through the written works that he produced. Subjects covered in this volume include The Dangers of Belief, The Origins and Purpose of the Devil, the Zodiac and the Old Testament, Lying Spirits, the Fall of Man, Noah, Who Was Abraham?, Melchisedec, Origins of the Lord God, the Twelve Patriarchs, Who is the Lord?, Exodus, Miriam, and much more. Robert Taylor was one of the first insiders of the faith to start thinking for oneself and questioning things that needed questioning, despite the heavy price that he had to pay.