The World of Odysseus (Paperback) 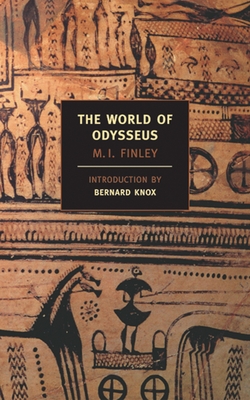 The World of Odysseus is a concise and penetrating account of the society that gave birth to the Iliad and the Odyssey--a book that provides a vivid picture of the Greek Dark Ages, its men and women, works and days, morals and values. Long celebrated as a pathbreaking achievement in the social history of the ancient world, M.I. Finley's brilliant study remains, as classicist Bernard Knox notes in his introduction to this new edition, "as indispensable to the professional as it is accessible to the general reader"--a fundamental companion for students of Homer and Homeric Greece.

M. I. Finley (1912-1986), the son of Nathan Finkelstein and Anna Katzellenbogen, was born in New York City. He graduated from Syracuse University at the age of fifteen and received an MA in public law from Columbia, before turning to the study of ancient history. During the thirties, Finley taught at Columbia and City College and developed an interest in the sociology of the ancient world that was shaped in part by his association with members of the Frankfurt School who were working in exile in America. In 1952, when he was teaching at Rutgers, Finley was summoned before the Senate Internal Security Subcommittee and asked whether he had ever been a member of the Communist Party. He refused to answer, invoking the Fifth Amendment; by the end of the year he had been fired from the university by a unanimous vote of its trustees. Unable to find work in the US, Finley moved to England, where he taught for many years at Cambridge, helping to redirect the focus of classical education from a narrow emphasis on philology to a wider concern with culture, economics, and society. He became a British subject in 1962 and was knighted in 1979. Among Finley’s best-known works are The Ancient Economy, Ancient Slavery and Modern Ideology, and The World of Odysseus.

Bernard Knox (1914–2010) was an English classicist. He was the first director of Harvard’s Center for Hellenic Studies in Washington, DC. Among his many books are The Heroic Temper, The Oldest Dead White European Males, and Backing into the Future: The Classical Tradition and Its Renewal. He is the editor of The Norton Book of Classical Literature and wrote the introductions and notes for Robert Fagles’s translations of the Iliad and the Odyssey.