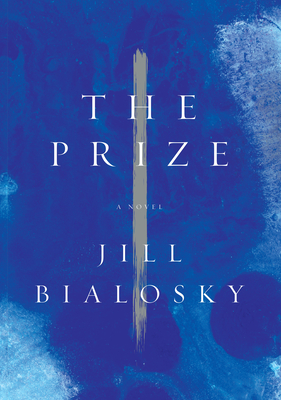 By Jill Bialosky
$25.00
Usually arrives at our store within 4-7 days

Edward Darby has everything a man could hope for: meaningful work, a loving wife, and a beloved daughter. With a rising career as a partner at an esteemed gallery, he strives not to let ambition, money, power, and his dark past corrode the sanctuary of his domestic and private life. Influenced by his father, a brilliant Romantics scholar, Edward has always been more of a purist than an opportunist. But when a celebrated artist controlled by her insecurities betrays him, and another very different artist awakens his heart and stirs up secrets from his past, Edward will find himself unmoored from his marriage, his work, and the memory of his beloved father. And when the finalist of an important prize are announced, and the desperate artists maneuver to seek its validation, Edward soon learns that betrayal comes in many forms, and that he may be hurtling toward an act that challenges his own notions about what comprises a life worth living. A compelling odyssey of a man unhinged by his ideals, The Prize is also an unflinching portrait of a marriage struggling against the corroding tide of time and the proximity to the treacherous fault line between art and money.

Jill Bialosky is the author of four poetry collections, The Players, The End of Desire, Subterranean, a finalist for the James Laughlin Prize from the Academy of American Poets, and Intruder, a finalist for the 2009 Patterson Poetry Prize. She co-edited Wanting a Child and has written two novels, House Under Snow and The Life Room. Her most recent memoir, History of a Suicide: My Sister's Unfinished Life was a New York Times bestseller, named one of the ten best works of nonfiction by Entertainment Weekly and a finalist for Books for A Better Life Award and an Ohioana Award. Her poems and essays have been published in many magazines including The New Yorker, The Nation, Redbook, O Magazine, Real Simple, Kenyon Review, Antioch Review, The New Republic, Paris Review, Poetry, and American Poetry Review. She lives in New York City. Learn more at jillbialosky.com.