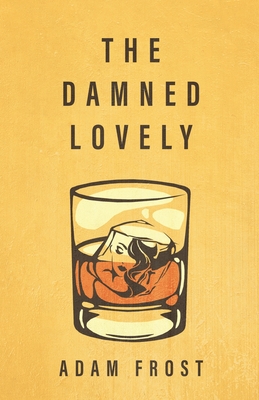 "She wasn't pretty but she was ours..." Sandwiched between seedy businesses in the scorching east LA suburb of Glendale, The Damned Lovely dive bar is as scarred as its regulars: ex-cops, misfits and loners. And for Sam Goss, it's a refuge from the promising life he's walked away from, a place to write and a hole to hide in.

But when a beautiful and mysterious new patron to the bar turns up murdered, Sam can't stop himself from getting involved. Despite their fleeting interaction, or perhaps because of it, something about her ghost won't let go... Armed with the playbook from the burned-out ex-cops, Sam challenges the police's theory on the killing, butting heads with hardened detectives and asking questions nobody wants to answer. As his obsession takes hold so does his sense of purpose-as if uncovering the truth about the killer might heal some part of his own broken life. But the chase sets him on a collision course with a crooked charity, violent fundamentalists, corrupt cops, brazen embezzlers and someone dangerously close to home-all who want to make sure the truth never comes out. Praise for The Damned Lovely: "The Damned Lovely is the LA crime story born anew, an addictive mystery and a love letter to the careworn and forgotten places of Los Angeles-Los Angeles as it is right now. Adam Frost is a crime writer with a sharp new voice, telling a tale about the one thing everyone in Los Angeles has: desire. Desire for truth, for justice, for love, or maybe just a place to call home. Highly recommended." -Jordan Harper, Edgar Award-winning author of She Rides Shotgun "Frost's crackling debut novel belongs on the shelf right next to Joseph Wambaugh and Michael Connelly. Crisp prose. An intricate plot worthy of Raymond Chandler, packed with scruffy, lovable, and lived-in characters that leap off the page. Frost brings a fresh voice and much-needed new blood to LA crime fiction." -Will Beall, author of L.A. Rex and creator of CBS's Training Day "An unputdownable and suspenseful whodunnit: anchored in the quandary of manifesting destiny in grief and lost opportunity." -Blake Howard, producer and host of the One Heat Minute podcast "Every bourbon-soaked sentence in this endlessly entertaining first novel proves Joseph Wambaugh dipped Adam Frost by his ankle into the L.A. river. Roll over Michael Connelly, tell Raymond Chandler the news." -Adam Novak, author of Rat Park and Take Fountain