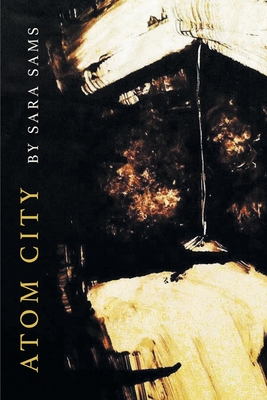 "Sara Sams' Atom City opens with a caution, "But Think, Are You Authorized to Tell It." In poems of sharp wit and riveting investigation, tell it she does Aware of the irony of "grow ing] up happy / in a town that knitted / mushroom clouds," Sams documents government duplicity and the revisionist history of developing the atomic bomb. The volume is punctuated by poems rich in details of her Appalachian roots and a magnificent series about local legend "Prophet John," who foresaw the bomb a century ago. Exploratory poems from the "vast archive of the atoms" are tempered by tender poems of loss and love. This is a bold debut by a major new poet."

-Cynthia Hogue, author of In June the Labyrinth

"Sara Sams' Atom City shows us what violence and invisible interiority and tenderness is at the core of the American hometown. At the core of the American superpower myth. At the core of American exceptionalism, and uranium, and the atom, itself-which is at the core of everything. When hometown is intertwined with the mushroom cloud, when childhood is entangled with the physicist, Sams teaches us that you can "feel your fibers loosen, too-then fall, / after standing years, involuntarily, on end." I will never think of the bomb, or America, the same way again, after reading this."

"Each poem Sara Sams writes is a reckoning with man-made devastation. In her brilliant debut collection, she proves herself to be a poet of immense personal and historical depth as she investigates complicity in one of history's most frightening discoveries: the atomic bomb. The result is a haunting and intimate conversation about language and truth."