BLIND PONY As True A Story As I Can Tell (Hardcover) 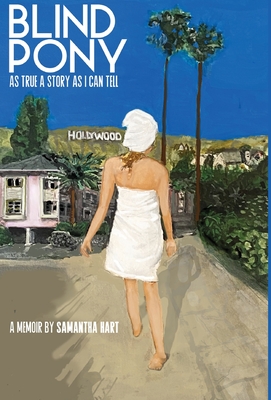 "BLIND PONY is a memoir about overcoming-about facing up to and learning from one's past without being imprisoned by it." - David Herman for IndieReader

"Hart's powerful debut, a gritty memoir rife with graphic details of abuse and triumph over it, will break hearts." - Publisher's Weekly

"A spectacularly written memoir about the impact of cycles of abuse and dependence, Samantha Hart's Blind Pony is an intelligent exploration of both runaway teenage years and the ephemeral nature of truth." - BookLife Prize

The true story of a runaway teen who escapes an abusive home life only to find herself in predatory Los Angeles in the 1970's. After years of enduring her grandfather's sexual abuse, 14-year-old Samantha Hart runs away from her Pennsylvania family farm in search of her estranged father in Arizona.

After a troubling reunion, she flees to the promising lights of La-La Land. Desperate to forget the past, she immerses herself in a spectacle of drugs, decadence, and money in Hollywood.

But when a wealthy playboy mistakes her Pittsburgh accent for British, a new spiral of white lies begin, and a new identity is born. Swept to Europe, Samantha floats through champagne parties, sexual adventures, and a whirlwind of international escapades. With a portfolio of nude photos under her arm, she is determined to make something of herself.

Will her young, broken spirit find the strength to persevere, to survive the unsurvivable? Will she transcend the temptation to give up in a world that seems so set against her?

BLIND PONY: AS TRUE A STORY AS I CAN TELL is the tale of one young woman's unwillingness to accept the circumstances life dealt her, and instead, takes the reins to find success beyond her wildest dreams.