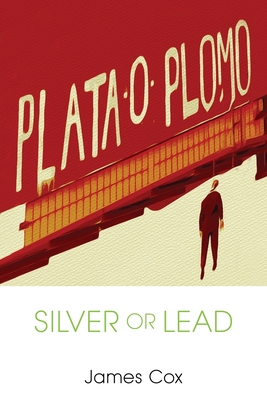 "Silver or Lead is an exciting thriller fueled with humor, secrets, and revenge." -Sublime Book Review

"What would you do if you found out that the person you were trying to save might have to kill you?"

Teddy Dabrowski is a man harboring a dark secret until one fateful day a horrific crime at his favorite coffee house forces him to confront his past.

As the authorities search for suspects, Teddy and his best friend are propelled into a world of bizarre characters, some real and some not of this earth, but all, inextricably leading him to a former life that might best be left buried.

James Cox, most recently known for creating his critically acclaimed solo show, Love Madness, and Somewhere in Between at the Hudson Guild in Hollywood has crafted a debut novel that recalls the best of Elmore Leonard and indeed a bit of Stephen King. Silver or Lead takes the reader on a journey filled with so many twists that we are at once madly turning pages while at the same time wishing the story would never end.