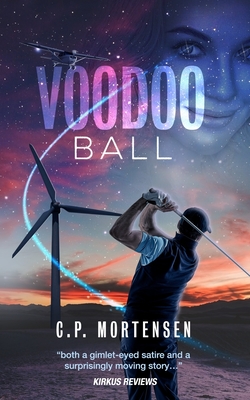 Charley Cotter never should have lied to his wife. He tells her he has a business meeting in San Diego but, instead, flies off with some pals for a golf spree in Palm Springs. When their small plane crashes in a wind-turbine field during an electrical storm, Charley survives - but arrives home to a town now obsessed with golf, where marauding gangs of night-golfers - called snoggers - run wildly through streets and public parks. Even more baffling, Charley's co-workers don't recognize him, and his wife has somehow transformed from a soccer mom to a biker's fantasy, with the hots for a belligerent driving-range attendant named Floyd.

To make his world right again, Charley must win back the affections of his wife, and prevail in an 'impossible' overland golf match against the world's number one player, while rediscovering his long-abandoned dreams.