Lost in Beirut: A True Story of Love, Loss and War (Paperback) 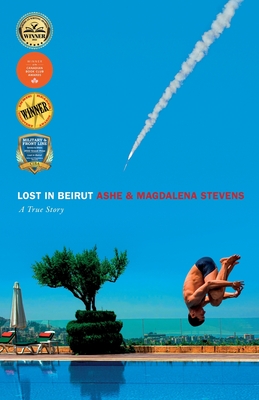 "This book is like a modern-day Casablanca on steroids. I could not put it down, feeling all the dramatic highs + lows along with the narrator. Memoir-as-summer blockbuster!

recommended if you like: a fight for love + glory"

A young American's timely account of endurance and enlightenment after being caught up in Lebanon's summer of siege. Ashe Stevens is a rising actor and hipster moving amid the starlight of Hollywood's nightclubs. It's 2006 and what Ashe doesn't know is that a fateful invitation from his closest friend Danny, a famous LA promoter organizing Lebanon's largest concert featuring 50 Cent, will change their lives. He goes to Beirut for adventure and gets stuck in a country tipped into war overnight. With no way out and nothing but regrets, he finds himself trying to escape the Israeli airstrikes to the Syrian border, only to be pursued by jihadists in Jordan.
After 15 years of PTSD and silence, he shares his extraordinary story. Bathed in luxury and the spotlight of Beirut's glamorous nightlife, falling in love with a billionaire, how will this American survive the flames of war?