The Battle of Znaim: Napoleon, the Habsburgs and the End of the War of 1809 (Hardcover) 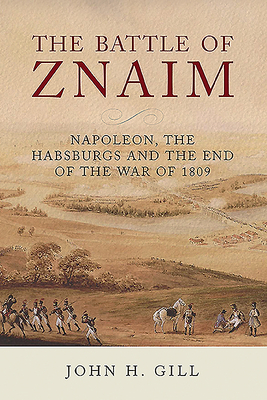 Unique account of a key Napoleonic battle, with detailed maps and an incisive analysis from a former US Army officer.

The little known Battle of Znaim (10th-11th July 1809) was the last battle to be fought on the main front of the Franco-Austrian War. Cut short to make way for an armistice it effectively ended hostilities between France and Austria and is now uniquely considered to be an episode both of conflict and simultaneously of diplomacy.

The battle began as a result of the Austrian decision to stage a rearguard action near Znaim, prompting the Bavarians to unsuccessfully storm a nearby town. Battle ensued with the village changing hands a number of times over the course of the two days.

Jack Gill delves deep into the respective tactics of both sides as the two armies continually changed positions and strategies. His account dissects and investigates the dual aspects of the Battle of Znaim and explains the diplomatic decisions that resulted in the peace treaty which was signed at Schonbrunn Palace on 14th October 1809.

Gill's book is an unrivaled analysis of the Battle of Znaim. Accessible, highly detailed and expertly crafted, it sheds new light on this fascinating moment in Napoleonic history.