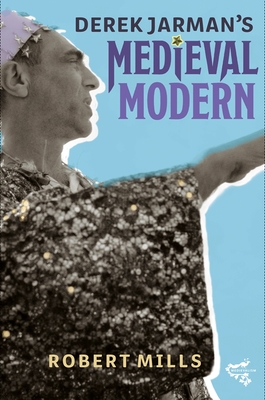 FINALIST IN THE HISTORIANS OF BRITISH ART BOOK AWARDS 2020

The artist and filmmaker Derek Jarman (1942-1994) had a lifelong appreciation of medieval culture. But with the possible exception of Edward II, Jarman's films have not been identified to date as making a major contribution to the depiction of the Middle Ages in cinema.
This book is the first to uncover a rich seam of medievalism in Jarman's art. Taking in major features such as Caravaggio, The Garden and The Last of England, as well as some of the unrealised screenplays and short experimental films, the book proposes an expanded definition of medieval film that includes not just worksset in or about the Middle Ages, but also projects inspired more broadly by the period. It considers Jarman's engagement with Anglo-Saxon poetry (notably The Wanderer); with works by fourteenth-century poets such as Chaucer, Dante and Langland; with saints and mystics from Joan of Arc to Julian of Norwich; and with numerous paintings, buildings and objects from this so-called "middle" time.
Organised around several key themes - periodisation, anachronism, ruins and wandering - the book also asks what happens when (with Jarman, but also more broadly) we think the categories "medieval" and "modern" together. As such, it will be of interest to film scholars, art historians and medievalists of all stripes who wish to rattle the temporal cages of their fields.