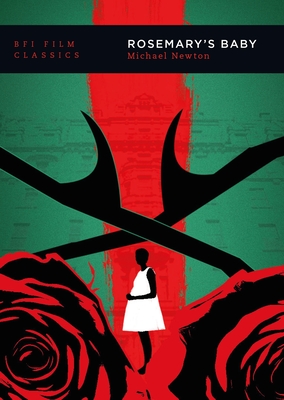 Rosemary's Baby is one of the greatest movies of the late 1960s and one of the best of all horror movies, an outstanding modern Gothic tale. An art-house fable and an elegant popular entertainment, it finds its home on the cusp between a cinema of sentiment and one of sensation. Michael Newton's study of the film traces its development at a time when Hollywood stood poised between the old world and the new, its dominance threatened by the rise of TV and cultural change, and the roles played variously by super producer Robert Evans, the film's producer William Castle, director Polanski and its stars including Mia Farrow and John Cassavetes.

Newton's close textual analysis explores the film's meanings and resonances, and, looking beyond the film itself, he examines its reception and cultural impact, and its afterlife, in which Rosemary's Baby has become linked with the terrible murder of Polanski's wife and unborn child by members of the Manson cult, and with controversies surrounding the director.

Michael Newton is Lecturer in English at Leiden University, Netherlands. He is the author of Savage Girls and Wild Boys: A History of Feral Children (2002), Age of Assassins: A History of Conspiracy and Political Violence, 1865-1981 (2012), and Kind Hearts and Coronets (BFI Film Classics, 2003).