The Invention of Athens: The Funeral Oration in the Classical City (Paperback) 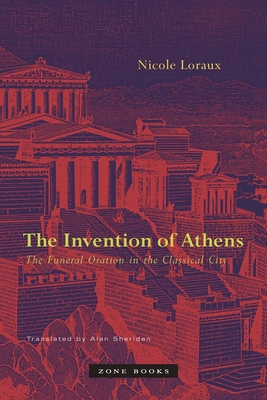 A revised edition of a groundbreaking work tracing the rhetoric, politics, and ideology of funeral orations in ancient Greece, arguing that they served to celebrate the city of Athens and the Athenian citizen.

How does the funeral oration relate to democracy in ancient Greece? How did the death of an individual citizen-soldier become the occasion to praise the city of Athens? In The Invention of Athens, Nicole Loraux traces the different rhetoric, politics, and ideology of funeral orations--epitaphioi--from Thucidydes, Gorgias, Lysias, and Demosthenes to Plato. Arguing that the ceremony of public burial began circa 508-460 BCE, Loraux demonstrates that the institution of the funeral oration developed under Athenian democracy. A secular, not a religious phenomenon, a literary genre with fixed rhetoric effects, the funeral oration was inextricably linked to the epainos--praise of the city--rather than to a ritualized lament for the dead as is commonly assumed. Above all, the funeral oration celebrated the city of Athens and the Athenian citizen. Loraux interprets the speeches from literary, anthropological, and political perspectives. She explains how these acts of secular speech invented an image of Athens often at odds with the presumed ideals of democracy. To die in battle for the city was presented as an act of civic choice--the fine death that defined the citizen-soldier's noble, aristocratic ethos. At the same time, the funeral oration cultivated an image of democracy at a time when there was, for example, no formal theory of a respect for law and liberty, the supremacy of the collective and public over the individual and the private, or freedom of speech.This new edition of The Invention of Athens includes significant revisions made by Nicole Loraux in 1993. Her aim in editing the original text was to render this groundbreaking work accessible to nonspecialists. Loraux's introduction to this revised volume, as well as important revisions to the 1986 English translation, make this publication an important addition to scholarship in the humanities and the social sciences.