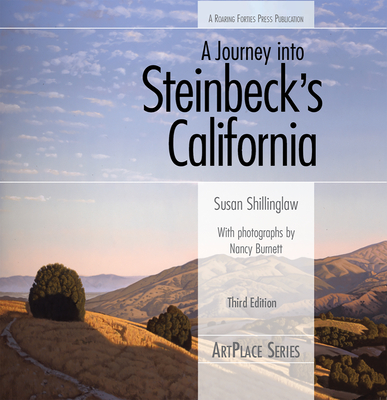 The third edition to A Journey into Steinbeck's California features new photographs plus updated sections to provide a closer look into one of the most important American literary figures.

Susan Shillinglaw takes the reader on a journey into Steinbeck's life, offering insight into how California influenced his creative process and how, in turn, his legacy has influenced modern California. Literary pilgrims will learn about the land's prominent role in Steinbeck's work; tourists can visit the same buildings that he lived in and wrote about; and history buffs will appreciate the engrossing perspective on daily life in early 20th-century California. Offering an entirely new perspective on Steinbeck and the people and places that he brought to life in his writing, this depiction of the symbiotic relationship between an author and his favorite places will delight readers.

Nancy Burnett is one of the founders of the Monterey Bay Aquarium, the first aquarium in the United States dedicated to interpreting a single region. She has served as chairman of the Sea Studios Foundation and was the executive director for The Shape of Life, a revolutionary eight-part television series detailing the dramatic rise of the animal kingdom through the breakthroughs of scientific discovery.