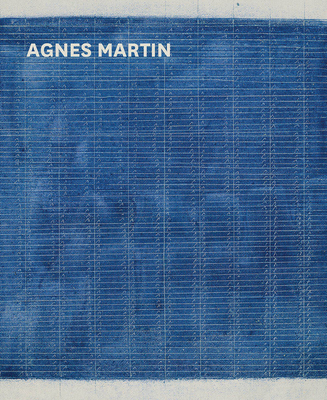 The critically acclaimed, indispensible illustrated monograph on Agnes Martin, published to accompany the major retrospective exhibition organized by the Tate and on view in 2016 at the Los Angeles County Museum of Art and the Guggenheim

This groundbreaking survey provides an in-depth account of Martin's artistic career, from lesser-known early experimental works through her striped and gridded grey paintings and use of color in various formats, to a group of her final pieces that reintroduce bold forms. A selection of drawings and watercolors and Martin's own writing are also included.

Edited by the exhibitions's co-curators Frances Morris and Tiffany Bell, and with essays by leading scholars that give a context for Martin's work--her life, relationship with other artists, the influence of South-Asian philosophy--alongside focused shorter pieces on particular paintings, this beautifully designed volume is the definitive publication on her oeuvre. Frances Morris places Martin's work in the art historical context of the time; art historian Richard Tobin analyzes Martin's painting The Islands; conservator Rachel Barker offers the reader a close viewing of Morning; curator Lena Fritsch provides a visual biography by comparing photographic portraits of Martin from different periods; and art historian Jacquelynn Baas delves into the spiritual and philosophical beliefs so present in Martin's art, including Platonism, Christian mysticism, Zen Buddhism and Taoism.

Agnes Martin was born in Maklin, Saskatchewan, Canada, in 1912, and moved to the US in 1932, studying at universities in Oregon, California, New Mexico and New York. She painted still lifes and portraits until the early 1950s, when she developed an abstract biomorphic style influenced by Abstract Expressionism. Her first one-woman exhibition was held at the Betty Parsons Gallery, New York, in 1958. Partly through close friendships with artists such as Ellsworth Kelly and Ad Reinhardt, Martin began to experiment with symmetrical compositions of rectangles or circles within a square, then from around 1960-61 to work with grids of delicate horizontal and vertical lines. She left New York in 1967, shortly after the death of Reinhardt, and moved to New Mexico, where she lived until her death in 2004.