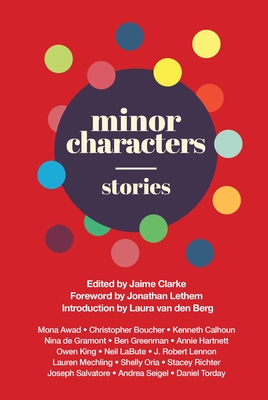 All novels are necessarily concerned with their protagonists, but what of the minor characters that fill out a novel's landscape? We can never know them as well as we should or like. The same is true for the trilogy of novels by Jaime Clarke: Vernon Downs, World Gone Water, and Garden Lakes. MINOR CHARACTERS brings together Clarke's previously published short stories featuring the supporting characters in his trilogy, as well as stories by some of today's most talented contemporary writers, who have chosen characters from the trilogy and contributed a story.

"Clarke has done more, even, than Vonnegut in setting his characters free: he's flipped foreground and background, and at the same time invited others in to browse, and revise, and interfere with, and extend, his fictional who's who."--Jonathan Lethem, from his foreword