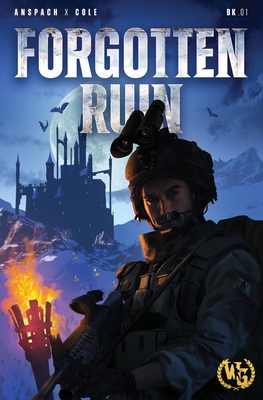 Orcs. Trolls. Wraith riders. Dark wizards. Together, they form an unstoppable force. Or so they thought.

When a Joint Task Force of elite Rangers are transported to a strange and fantastic future where science and evolution have incarnated the evils of myth and legend, they find themselves surrounded, pinned down, and in a desperate fight for their very survival-against nightmares of flesh and blood made real. Which means only one thing.

It's time to Ranger Up and stack bodies.

The forces of evil have no idea how dangerous a Ranger has been trained to be, and once the action starts, it won't let up in this no-holds-barred, full-auto, epic battle for survival in the Forgotten Ruin.

From the creators of Galaxy's Edge...

Buy in, and jock up for this thrilling WarGate adventure. A battle unlike any other is calling.