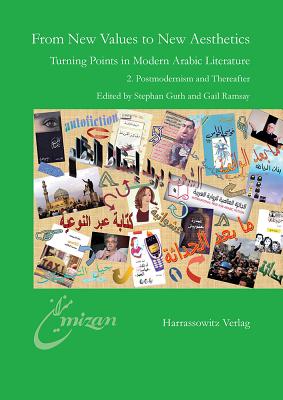 This is book number 20 in the Mizan series.

Since the emergence of the modern Arab intellectual in the 19th century, Arabic literature has always followed and critically commented socio-political and cultural change, but also contributed to bringing it about. Focusing on crucial moments and factors as well as figures, ideas and organs, the two volumes of From New Values to New Aesthetics edited by Stephan Guth and Gail Ramsay approach the close connection between literature and socio-political and/or cultural history, between 'scribe' and 'writer', from two angles. While volume 1 (From Modernism to the 1980s) revisits the history of post-World War II modernism, trying to identify turning points in modern Arabic literature up to the 1980s, the contributions in volume 2 (Postmodernism and Thereafter) are explorations into what from today's perspective appears as pre-'Arab Spring' literature.