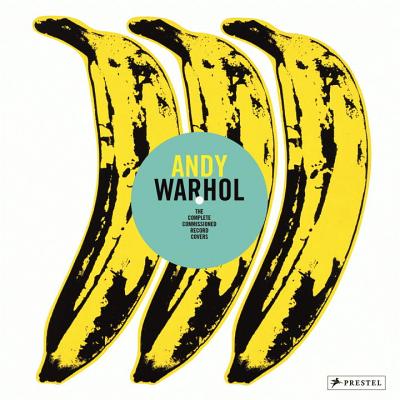 Now available in an expanded edition, this landmark collection presents all of the record covers designed by Andy Warhol between 1949 and 1987, charting the Pop icon’s lifelong engagement with music and casting a new light on his enormously diverse oeuvre. Count Basie, Tchaikovsky, Aretha Franklin, Lou Reed, Diana Ross, John Lennon, and the Rolling Stones all had their music promoted by Andy Warhol's record covers. This stunning volume reproduces all of the album covers, front and back, that Warhol designed over four decades. Hundreds of additional contextual illustrations present liner notes and inside covers, related works by Warhol, and documentary images that trace the artist’s visual sources. Author Paul Maréchal explores Warhol's creative process, his relationship with artists, and his fascination with all genres of music. The range of music represented through these record covers, from jazz to classical and rock to soul, reveals the breadth of Warhol's musical tastes and his extraordinary ability to combine his artistic vision with that of the musicians.

"Produced at nearly actual size, with photographs of the original works, along with entries detailing the story of each album, this catalogue is a compendium of sumptuous delight."


—Crave Online
"Warhol is among the greatest album-cover designers of all time, with a few classics that every record collector has to have. The Rolling Stones’ "Sticky Fingers" with a giant close-up of a jeans-clad crotch, working zipper and underwear underneath was pure Warhol—proactive yet populist, and hard to ignore. His peelable banana on the cover of "The Velvet Underground & Nico" (1967) with the suggestive pink banana underneath and giant signature below it is without parallel. Many, many more album covers have been virtually forgotten, but all show the care and craft Warhol brought to even the most routine commercial work."
&mdash;The Pittsburgh Tribune-Review