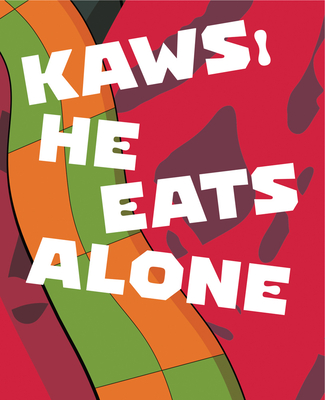 A clothbound collection of KAWS' instantly recognizable riffs on pop culture, featuring bold graphics and a familiar cast of characters

Few artists have managed to bridge the gap between high and low culture as seamlessly as KAWS has since his career took off in the 1990s: his iconic cartoon-inspired designs have graced fashion collections, vinyl figurines, and skateboards as well as canvases sold for millions of dollars. Frequently portraying familiar figures such as Mickey Mouse and Spongebob Squarepants with cauliflower ears and X'ed-out eyes, KAWS employs a sophisticated dark humor throughout his work, exploring the relationship between art and consumerism.

This publication documents the artist's first exhibit in the Middle East, with more than 40 key pieces in sculpture and painting from the last two decades. The exhibit in Doha, Qatar, and its accompanying catalog also feature a number of KAWS' commercial collaborations alongside his 5-meter-tall sculpture Companion (Passing Through) and his inflatable 40-meter-tall piece Holiday. Bound in cloth, this volume is a gorgeous collection of KAWS' most exciting work. Brian Donnelly (born 1974), known professionally by his graffiti tag KAWS, is the mastermind behind one of today's most recognizable artistic brands. A graffiti artist since adolescence, Donnelly received his BFA in illustration from the School of Visual Arts in 1996. He then worked as a background artist for animated TV programs before becoming an independent designer. He has worked with artists like Kanye West and collaborated with brands such as Supreme, Nike and Comme des Gar ons. He is currently represented by Skarstedt Gallery in New York.