City on the Mountain (Paperback) 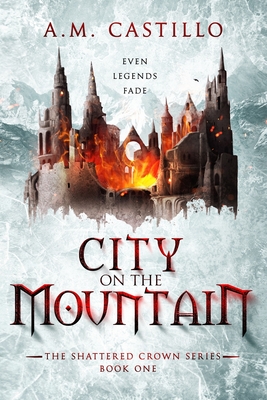 Diego De la Costa has left all of his empathy for a city that once called him a hero in the bottom of a wine cup. His only motivation now as Comandante of the Crown is his duty to a dwindling familia.

But he fails when the son of the beautiful Reina Isabella De Real is brutally murdered in front of him by the people he trusted. Now driven by love and vengeance, it now falls to Diego, a na ve young noble, and a jaded lasiim orphan to save an already crumbling queendom from consuming itself from the inside-all while being framed for the murder of the last principe of Alderas.

With betrayals and magia around every corner, inevitably, all those they love won't survive the dying throes of the once brilliant City on the Mountain.