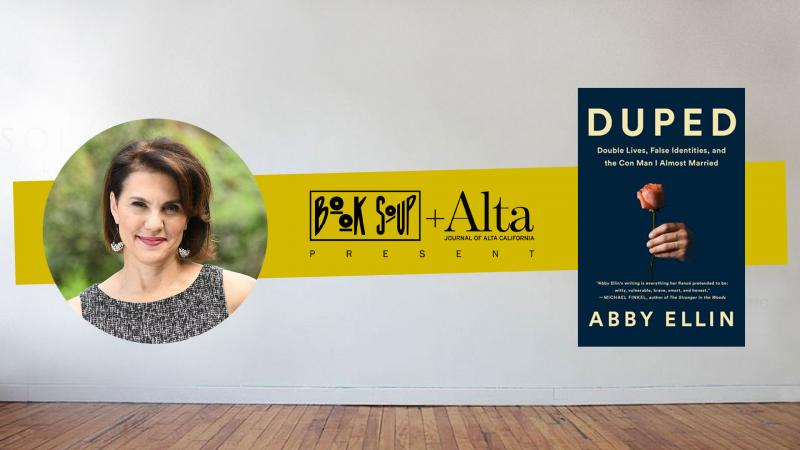 From Abby Ellin's first date with The Commander, she was caught up in a whirlwind. Within five months he'd proposed, and they'd moved in together. But there were red flags: strange stories of international espionage involving Osama Bin Laden and the Pentagon. Soon his stories began to unravel until she discovered, far later than she'd have liked, that he was lying about who he was.  Then she realized something else: she wasn't alone. People are being deceived all around us, every day.   In Duped, Abby Ellin plunges headlong into the world of double lives. Studying the art and science of lying, talking to women who've had their worlds upended by men who weren't who they professed to be, and writing with great openness about her own mistakes, she lays the phenomenon bare. These remarkable--yet surprisingly common--stories reveal just how strange and improbable our everyday lives really are. (PublicAffairs)