Adam Kirsch, in conversation with Abe Socher, discusses The Blessing and the Curse: The Jewish People and Their Books in the Twentieth Century 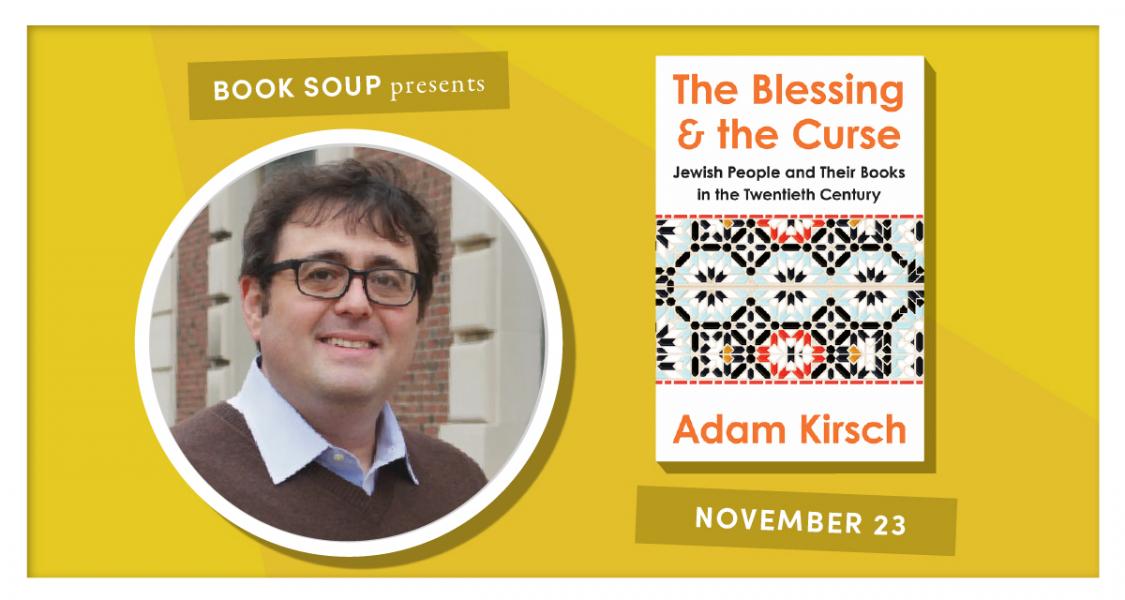 Following The People and the Books, which "covers more than 2,500 years of highly variegated Jewish cultural expression" (Robert Alter, New York Times Book Review), poet and literary critic Adam Kirsch now turns to the story of modern Jewish literature. From the vast emigration of Jews out of Eastern Europe to the Holocaust to the creation of Israel, the twentieth century transformed Jewish life. The same was true of Jewish writing: the novels, plays, poems, and memoirs of Jewish writers provided intimate access to new worlds of experience.

Kirsch surveys four themes that shaped the twentieth century in Jewish literature and culture: Europe, America, Israel, and the endeavor to reimagine Judaism as a modern faith. With discussions of major books by over thirty writers--ranging from Franz Kafka to Philip Roth, Elie Wiesel to Tony Kushner, Hannah Arendt to Judith Plaskow--he argues that literature offers a new way to think about what it means to be Jewish in the modern world. With a wide scope and diverse, original observations, Kirsch draws fascinating parallels between familiar writers and their less familiar counterparts. While everyone knows the diary of Anne Frank, for example, few outside of Israel have read the diary of Hannah Senesh. Kirsch sheds new light on the literature of the Holocaust through the work of Primo Levi, explores the emergence of America as a Jewish home through the stories of Bernard Malamud, and shows how Yehuda Amichai captured the paradoxes of Israeli identity.

An insightful and engaging work from "one of America's finest literary critics" (Wall Street Journal), The Blessing and the Curse brings the Jewish experience vividly to life. (W.W. Norton & Company)

The Blessing and the Curse: The Jewish People and Their Books in the Twentieth Century (Hardcover)