Adrienne Celt, with Edan Lepucki, discusses and signs Invitation to a Bonfire 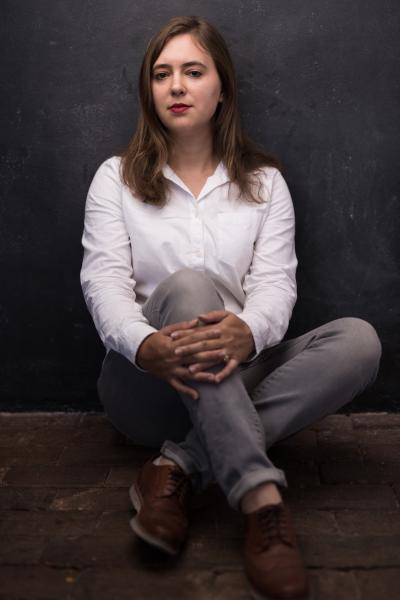 The seductive story of a dangerous love triangle, inspired by the infamous Nabokov marriage, with a spellbinding psychological thriller at its core.  In the 1920s, Zoya Andropova, a young refugee from the Soviet Union, finds herself in the alien landscape of an elite all-girls New Jersey boarding school. Having lost her family, her home, and her sense of purpose, Zoya struggles to belong, a task made more difficult by the malice her peers heap on scholarship students and her new country's paranoia about Russian spies. When she meets the visiting writer and fellow Russian émigré Leo Orlov--whose books Zoya has privately obsessed over for years--her luck seems to have taken a turn for the better. But she soon discovers that Leo is not the solution to her loneliness: he's committed to his art and bound by the sinister orchestrations of his brilliant wife, Vera.  As the reader unravels the mystery of Zoya, Lev, and Vera's fate, Zoya is faced with mounting pressure to figure out who she is and what kind of life she wants to build. Grappling with class distinctions, national allegiance, and ethical fidelity--not to mention the powerful magnetism of sex--Invitation to a Bonfire investigates how one's identity is formed, irrevocably, through a series of momentary decisions, including how to survive, who to love, and whether to pay the complicated price of happiness. (Bloomsbury Publishing)

Invitation to a Bonfire (Hardcover)