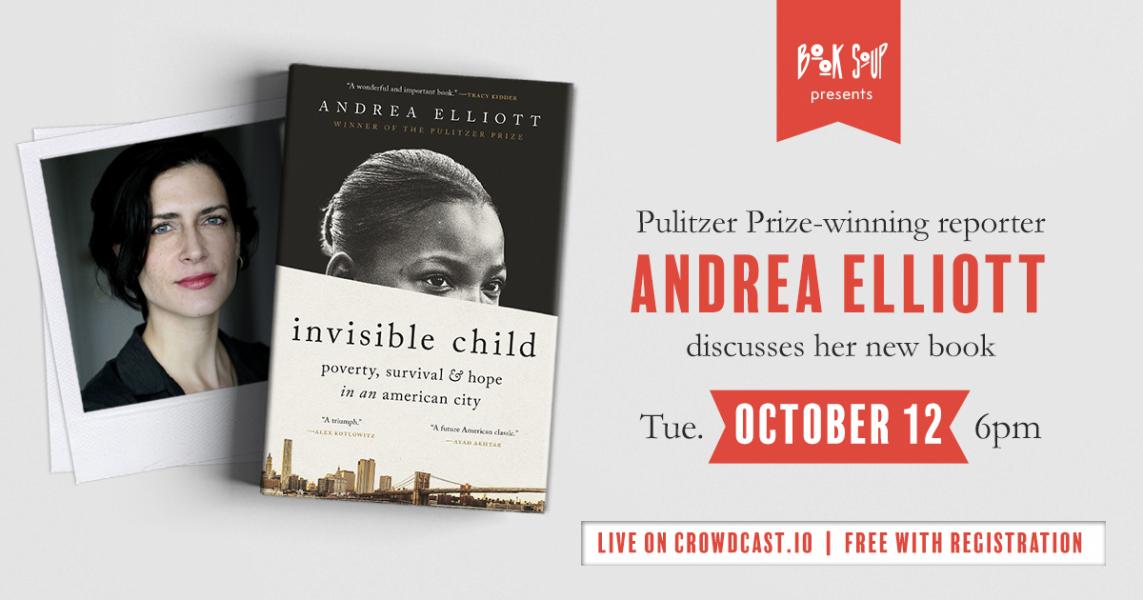 Invisible Child follows eight dramatic years in the life of a girl whose imagination is as soaring as the skyscrapers near her Brooklyn shelter. Dasani was named after the bottled water that signaled Brooklyn's gentrification and the shared aspirations of a divided city. In this sweeping narrative, Elliott weaves the story of Dasani's childhood with the history of her family, tracing the passage of their ancestors from slavery to the Great Migration north. As Dasani comes of age, the homeless crisis in New York City has exploded amid the deepening chasm between rich and poor.

Dasani must guide her siblings through a city riddled by hunger, violence, drug addiction, homelessness, and the monitoring of child protection services. Out on the street, Dasani becomes a fierce fighter to protect the ones she loves. When she finally escapes city life to enroll in a boarding school, she faces an impossible question: What if leaving poverty means abandoning your family, and yourself?

By turns heartbreaking and inspiring, Invisible Child tells an astonishing story about the power of resilience, the importance of family, and the cost of inequality. Based on nearly a decade of reporting, Invisible Child illuminates some of the most critical issues in contemporary America through the life of one remarkable girl. (Random House)