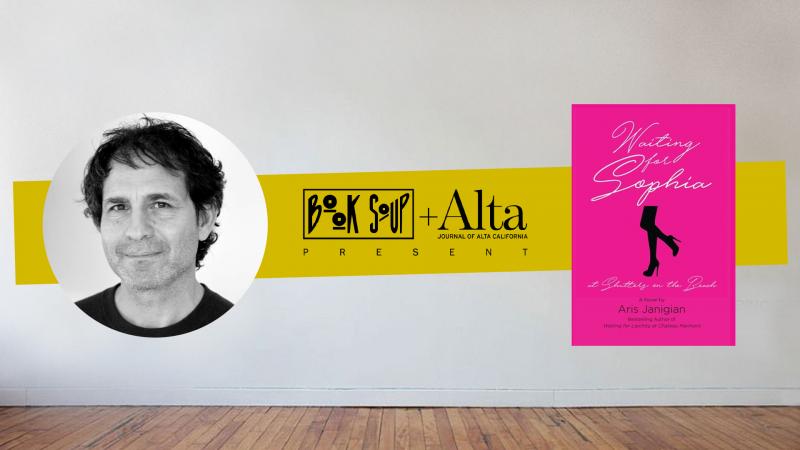 With Waiting for Sophia at Shutters on the Beach, Aris Janigian dives headlong into one of the most impassioned issues of our era, sexual harassment and the #metoo movement. In what might very well be the first literary novel of its kind, the story is told from the perspective of a college professor accused of unwanted sexual contact, who, ironically, also sits on a committee asked to adjudicate a case of campus rape.

The novel begins with this unnamed professor waiting in The Living Room of the posh Santa Monica hotel Shutters at the Beach for a doctoral student of his, Sophia, whom he hopes to seduce. While enjoying martinis, he recalls the unpredictable way his friendship with her unfolded; he rants against the hypocrisy and decadence of Los Angeles, laments the censoriousness and self-pitying of academia, and deliberates about his future as a professor, whether to stand firm in his principles, or flee. "How did woe is me," he asks of academia, "take the place of the truth will set you free?"  Sophia, both brilliant and beautiful, leaves her home country, Poland, for America, when she is just eighteen. She hopes to escape a sexual scandal of her own making, threatening her reputation and the career of her father, a Polish diplomat. Starting life anew as an American college student, she soon learns that her roommate is living a shadow life as a sexual escort. Sophia follows suit, at first, to earn money, but as she hones her skills, she discovers that escorting has become, for her, akin to a religious calling.

WAITING FOR SOPHIA at Shutters on the Beach (Hardcover)