Author Caroline Kepnes, in conversation with Zara Lisbon, presents and signs You and Hidden Bodies, the books which the popular Netflix show, YOU, is based on. 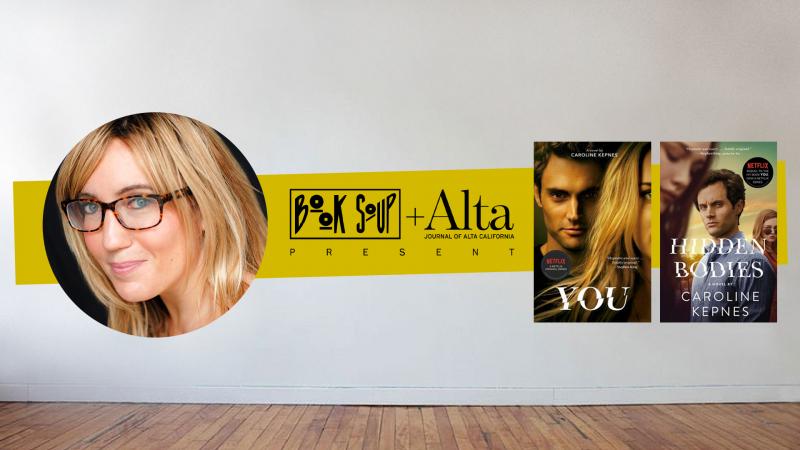 In conversation with Zara Lisbon

(YOU) When a beautiful, aspiring writer strides into the East Village bookstore where Joe Goldberg works, he does what anyone would do: he Googles the name on her credit card.  There is only one Guinevere Beck in New York City. She has a public Facebook account and Tweets incessantly, telling Joe everything he needs to know: she is simply Beck to her friends, she went to Brown University, she lives on Bank Street, and she'll be at a bar in Brooklyn tonight--the perfect place for a "chance" meeting.  As Joe invisibly and obsessively takes control of Beck's life, he orchestrates a series of events to ensure Beck finds herself in his waiting arms. Moving from stalker to boyfriend, Joe transforms himself into Beck's perfect man, all while quietly removing the obstacles that stand in their way--even if it means murder. (Atria Books)

In Hidden Bodies, the basis for season two of the hit Netflix series, You, Joe Goldberg returns.

Joe is no stranger to hiding bodies. In the past ten years, this thirty-something has buried four of them, collateral damage in his quest for love. Now he's heading west to Los Angeles, the city of second chances, determined to put his past behind him.  In Hollywood, Joe blends in effortlessly with the other young upstarts. He eats guac, works in a bookstore, and flirts with a journalist neighbor. But while others seem fixated on their own reflections, Joe can't stop looking over his shoulder. The problem with hidden bodies is that they don't always stay that way. They reemerge, like dark thoughts, multiplying and threatening to destroy what Joe wants most: true love. And when he finds it in a darkened room in Soho House, he's more desperate than ever to keep his secrets buried. He doesn't want to hurt his new girlfriend--he wants to be with her forever. But if she ever finds out what he's done, he may not have a choice... (Atria Books)

Hidden Bodies: (A You Novel) (The You Series #2) (Paperback)