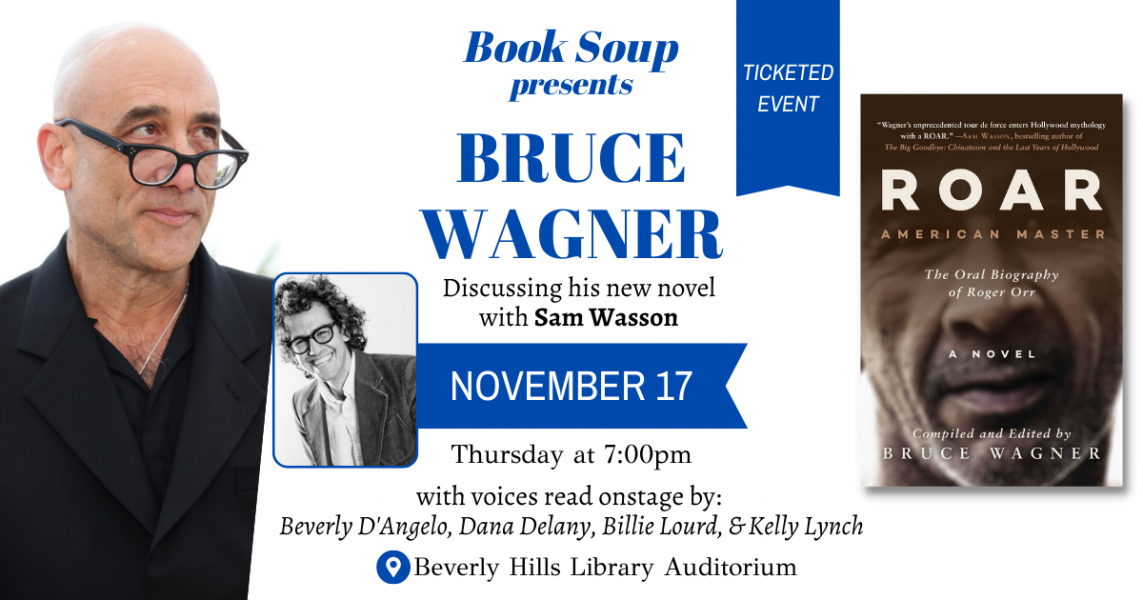 The myth of an epic, public life--its triumphs and tragedies--is a particularly American obsession. ROAR is a metafictional exploration of such a life and attendant fame of an extraordinary, and completely made up, man.

Born in Nashville in 1940 and adopted by a wealthy San Francisco couple, Roger Orr--"Roar"--became an underground stand-up comedian with a cult following while still in his teens, segueing to an acclaimed songwriter in the Sixties. In the decades that followed, his talent spanned the worlds of entertainment, from film directing and books to fine art (paintings, sculpture). His promethean energies expanded to the world of medicine; he became a dermatologist, the first to patent cadaver skin for burn victims. A spiritual seeker who returned to India throughout his life, Roar was also a voracious lover of both men and women.

The journey of Roger Orr was a premonition of the cultural earthquakes to come. It wasn't until his 40s that Roar learned his birth mother was black and it wasn't until his early 60s when he began the hormonal treatment and surgeries that chipped away at the armor covering what he always knew was his true identity: that of a woman.

Roar's saga is best told by a cacophony of voices--family members, critics, historians, and the famous (Meryl Streep, Amanda Gorman, Dave Chappelle, Andy Warhol)--including some heard from the grave. In ROAR, Wagner brilliantly paints a vivid picture of one man, our times, and our culture's enduring obsession with fame.

Tickets include a copy of Roar, which will be handed out at check-in.