Book Soup presents an Evening with Joseph Fink and Jeffrey Cranor, the creators of the Welcome to Night Vale podcast, in conversation Kate Leth 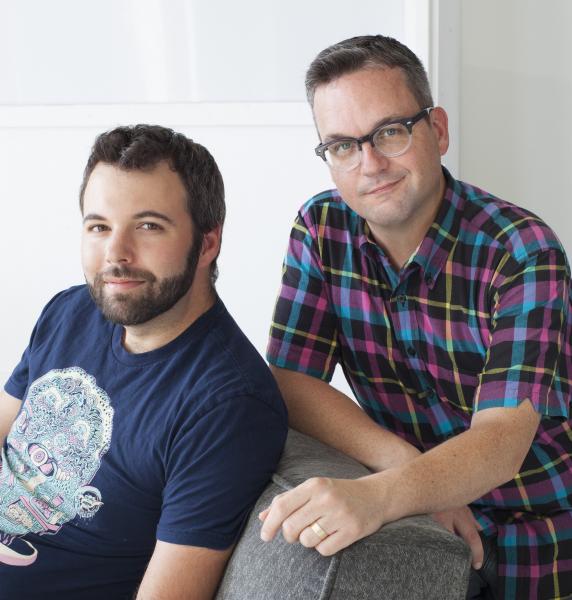 In June of 2012, Joseph Fink and Jeffrey Cranor, the creators of the Welcome to Night Vale podcast, began airing twice-monthly podcasts, hoping to be heard by anyone outside their close circles. By the anniversary show a year later, the fan base had exploded, vaulting the podcast into the #1 spot on iTunes. Since then, its popularity has grown by epic proportions; hitting more than 100 million downloads, expanding to a successful live international touring stage show, a New York Times bestselling novel, and a podcast network Night Vale Presents. Now, for the first time, the first two seasons of Welcome to Night Vale are available as books, offering a valuable reference guide to past episodes.

Kate Leth is a Canadian comic book creator, known for works such as Adventure Time: Seeing Red, Bravest Warriors and Edward Scissorhands. As of early 2016, Leth writes Patsy Walker, A.K.A. Hellcat! for Marvel and Vampirella for Dynamite.