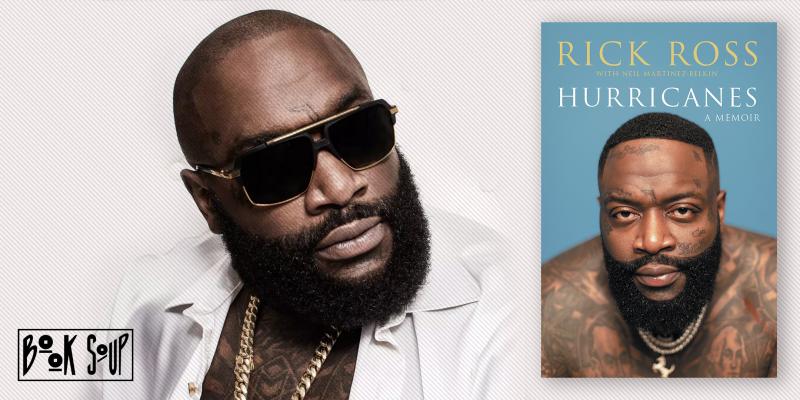 Rick Ross is an indomitable presence in the music industry, but few people know his full story. Now, for the first time, Ross offers a vivid, dramatic and unexpectedly candid account of his early childhood, his tumultuous adolescence and his dramatic ascendancy in the world of hip-hop.  From the making of "Hustlin'" to his first major label deal with Def Jam, to the controversy surrounding his past as a correctional officer and the numerous health scares, arrests and feuds he had to transcend along the way, Hurricanes is a revealing portrait of one of the biggest stars in the rap game, and an intimate look at the birth of an artist.

Tickets are general admission and include one entry & one copy of Hurricanes: A Memoir, which will be handed out at “check in” along with a signing line ticket. A book signing will follow the program. Rick Ross will be signing books only, no memorabilia. To ensure everyone gets their book signed, he will not be personalizing books and no posed photos.