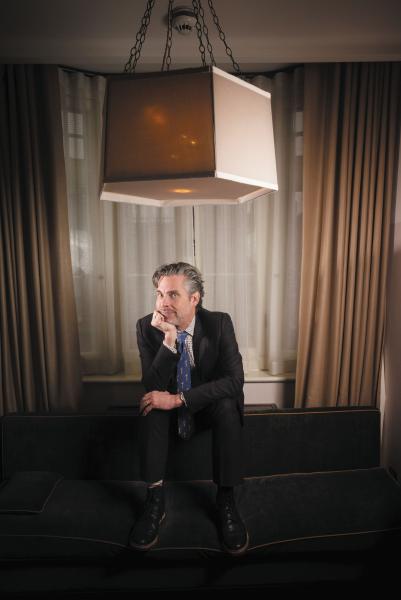 In conversation with critic/essayist/novelist, David Ulin.

For the September 2016 issue of GQ, Michael Chabon wrote a piece about accompanying his son Abraham Chabon, then thirteen, to Paris Men's Fashion Week. Possessed with a precocious sense of style, Abe was in his element chatting with designers he idolized and turning a critical eye to the freshest runway looks of the season; Chabon Sr., whose interest in clothing stops at "thrift-shopping for vintage western shirts or Hermès neckties," sat idly by, staving off yawns and fighting the impulse that the whole thing was a massive waste of time. Despite his own indifference, however, what gradually emerged as Chabon ferried his son to and from fashion shows was a deep respect for his son's passion. The piece quickly became a viral sensation.  With the GQ story as its centerpiece, and featuring six additional essays plus an introduction, Pops illuminates the meaning, magic, and mysteries of fatherhood as only Michael Chabon can. (Harper)

This is a ticketed event. Tickets are $20.00 + tax and include a copy of Pops: Fatherhood in Pieces. Tickets are now available at Eventbrite. Books will be handed out the night of the event at check-in.