Brad Schreiber discusses and signs Music is Power: Popular Songs, Social Justice, and the Will to Change 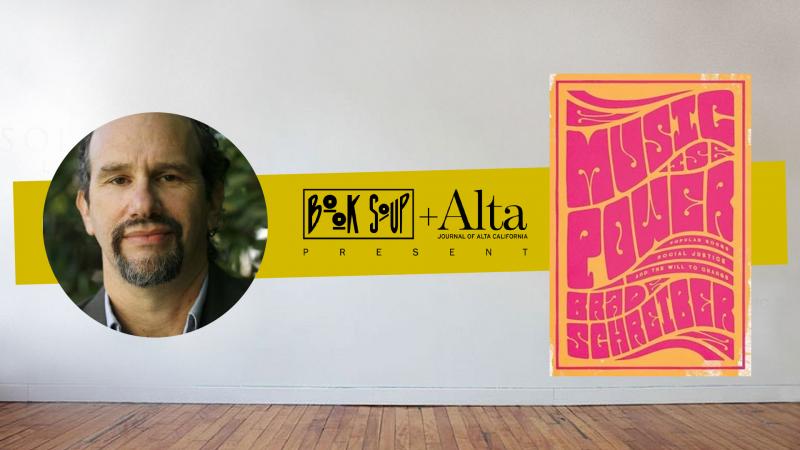 In conversation with Roger Steffens.

Popular music has long been a powerful force for social change. Protest songs have served as anthems regarding war, racism, sexism, ecological destruction and so many other crucial issues.
Music Is Power takes us on a guided tour through the past 100 years of politically-conscious music, from Pete Seeger and Woody Guthrie to Green Day and NWA. Covering a wide variety of genres, including reggae, country, metal, psychedelia, rap, punk, folk and soul, Brad Schreiber demonstrates how musicians can take a variety of approaches-- angry rallying cries, mournful elegies to the victims of injustice, or even humorous mockeries of authority--to fight for a fairer world. While shining a spotlight on Phil Ochs, Gil Scott-Heron, The Dead Kennedys and other seminal, politicized artists, he also gives readers a new appreciation of classic acts such as Lesley Gore, James Brown, and Black Sabbath, who overcame limitations in their industry to create politically potent music.  Music Is Power tells fascinating stories about the origins and the impact of dozens of world-changing songs, while revealing political context and the personal challenges of legendary artists from Bob Dylan to Bob Marley. (Rutgers University Press)

Music is Power: Popular Songs, Social Justice, and the Will to Change (Hardcover)

So Much Things to Say: The Oral History of Bob Marley (Hardcover)