Brady Hammes, in conversation with Brad Listi, discusses The Resolutions 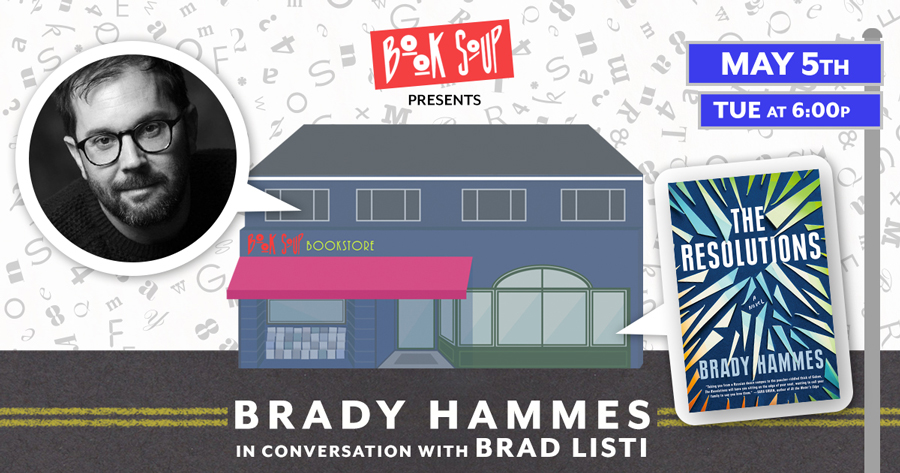 The three Brennan siblings are well on their way in the world. Samantha, the youngest, is a ballerina who recently joined the ranks of a Russian dance company; her brother Jonah is a grad student studying elephants in the rainforest of Gabon; and the eldest, Gavin, has stayed closer to home, living in Los Angeles and acting in a television series.  But as the holidays draw near, all three find themselves in profoundly troubling, though distinctly different, predicaments. Samantha is losing the battle to keep her drug addiction from ruining her career; Jonah, in his attempts to protect his elephants, gets in way too deep with a gang of ivory poachers; and Gavin's TV show is canceled the same day his girlfriend moves out.  With their lives run aground, they reunite in their parents' home for the holidays, where they discover that the bonds between siblings are unshakable. But with their personal problems threatening to derail their nascent careers and possibly their very survival, the three embark on a trip to West Africa in a perilous attempt to right their crooked paths.

The Resolutions is a contemporary look at three young people in the defining moments of their lives, by a talented author just getting started on a promising literary career. (Ballantine Books)

This will be a live stream event on Crowdcast. The event is FREE and you can register here.

The Resolutions: A Novel (Hardcover)