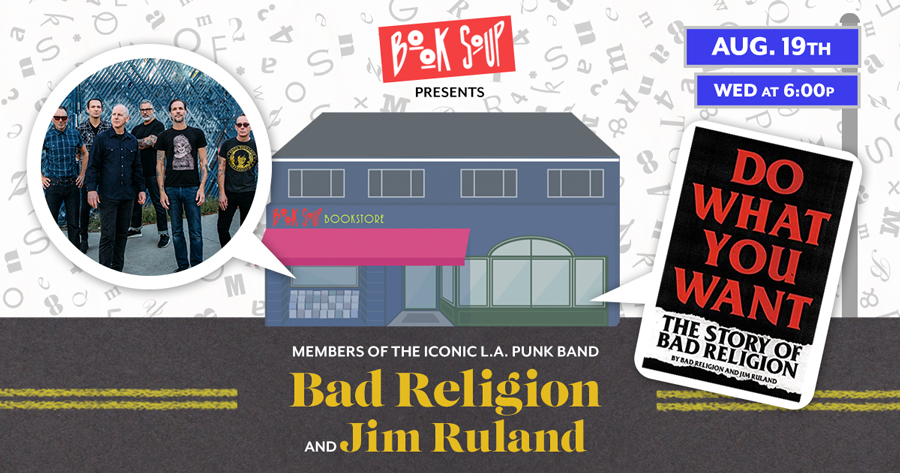 Do What You Want: The Bad Religion Story reveals the ups and downs of the band's forty-year career. From their beginnings as teenagers jamming in a San Fernando Valley garage dubbed "The Hell Hole" to headlining major music festivals around the world, Do What You Want tells the whole story in irreverent style.

While Do What You Want tracks down nearly all of Bad Religion's members past and present, the chief storytellers are the four voices that define Bad Religion: Greg Graffin, a Wisconsin kid who sang in the choir and became an L.A. punk rock icon while he was still a teenager; Brett Gurewitz, a high school dropout who founded the independent punk label Epitaph Records and went on to become a record mogul; Jay Bentley, a surfer and skater who gained recognition as much for his bass skills as for his onstage antics; and Brian Baker, a founding member of Minor Threat who joined the band in 1994 and brings a fresh perspective as an intimate outsider.

With a unique blend of melodic hardcore and thought-provoking lyrics, Bad Religion paved the way for the punk rock explosion of the 1990s, opening the door for bands like NOFX, The Offspring, Rancid, Green Day, and Blink-182 to reach wider audiences. They showed the world what punk could be, and they continue to spread their message one song, one show, one tour at a time -- with no signs of stopping. (Hachette Books)

Bad Religion intends to gather and tour as soon as it is safe for everyone. When the band returns to Los Angeles, there will be an opportunity to get your book purchased at Book Soup signed. Check back for further details as they become available.

Do What You Want: The Story of Bad Religion (Hardcover)