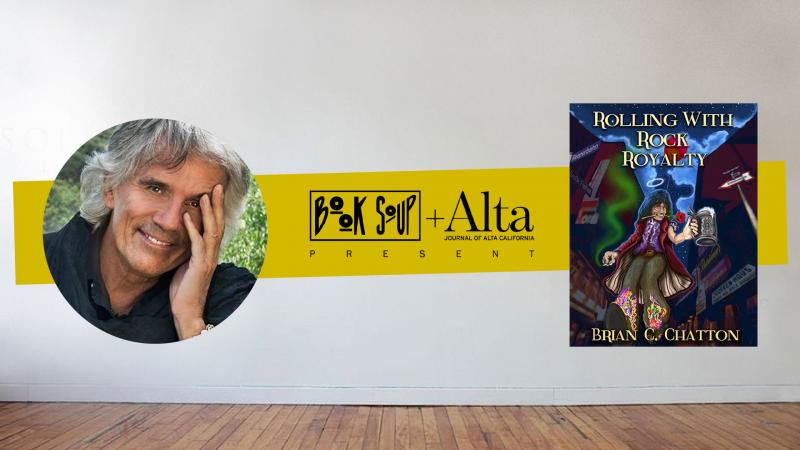 Rolling with Rock Royalty  isn’t your ordinary autobiography about the music business.

Hailing from a blue-collar town in the North of England, teenage keyboardist Brian Chatton played his first professional gig at the world famous Cavern Club in 1965 with Jon Anderson (YES) in their then band The Warriors. From that point on, he rocked and rolled around the world many times alongside the most celebrated rock giants during the height of the British Invasion.

Music Connection’s January 2019 review of the book states that “What comes through wonderfully is Chatton’s English charm, his glib and winning spirit, something that must’ve helped him survive the often rough and tumble rock life”.

After moving down to London in the late 60s, he befriended Phil Collins and helped form Phil's inaugural band, Flaming Youth; the two musicians later collaborated on three projects. His career as a sideman flourished, affording him the opportunity to play alongside the greats such as Joe Cocker, The Hollies, Meat Loaf, Justin Timberlake, with B.B. King on the Tonight Show and countless other renowned performers.

Highlights in the book include the story behind the worldwide hit entitled “I Wanna Be a Cowboy” by his band Boys Don’t Cry, his encounters with Paul McCartney, Ringo Starr, Ronnie Wood and Jimi Hendrix, as well as writing, working and living with Keith Emerson for 14 years.

Chatton's personal philosophy that there’s a laugh to be found in almost any situation is a theme which runs throughout the book, which features close to 200 photos of his friends, family and bandmates, as well as an array of custom illustrations.

In his own words,  “you can’t tie this tiger down!”.  After seven years of hard work, Chatton not only crafted a thouroughly entertaining book, but he’s also developed a live performance which includes music, storytelling, video projection and audience interaction that is already generating rave reviews.