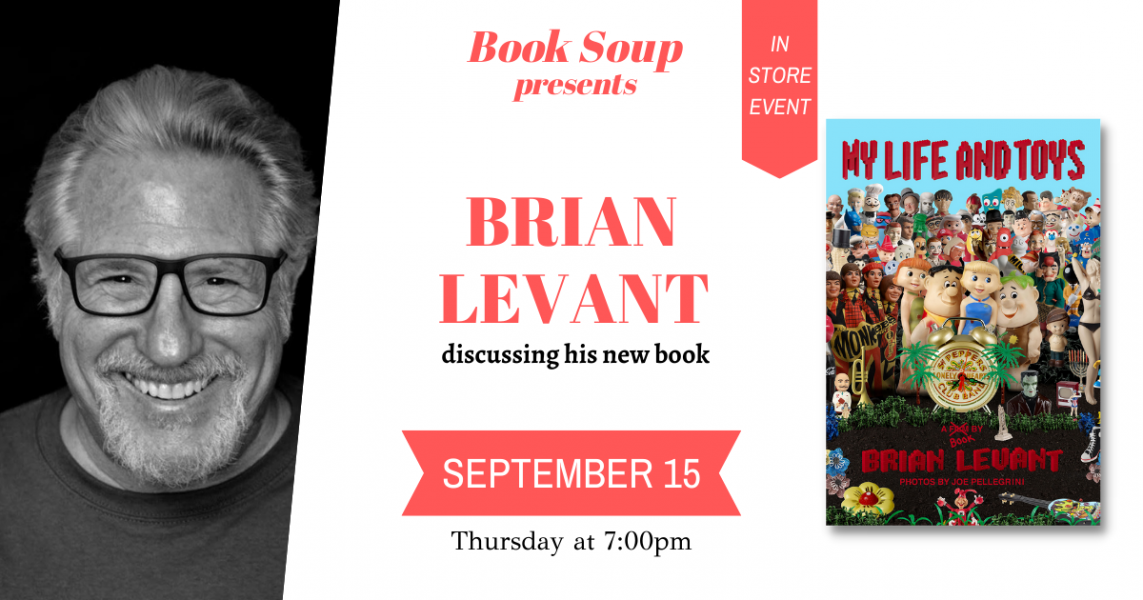 Original book of photographs and text by the noted director/writer/producer Brian Levant, presenting his extraordinary collection of animated feature and comic toys, including hundreds of iconic characters represented in figures, banks, games, lunchboxes, puppets, comics, windups, vehicles and items at the bottom of cereal boxes. This comprehensive and one-of-a-kind collection and book/work, itself, is presented in varied chapters. There are chapters here that include the author's Flintstones collection; others created while he produced features with Steven Spielberg; or those acquired while producing classic TV shows, like Mork & Mindy. And this is just a small sampling of what is in this exhaustive book, where the sum total has been acquired over the past 50 years. This is a book distinctive in its content; in both words and the hundreds of original photographs created exclusively for it. The author's acclaim and success as a producer of popular culture film and television features allows presentation here of a distinctly individual and personal yet universally interesting book for collectors and the general public alike, which has no comparison and could not be replicated even in a minor form, by anyone else other than this author. (G Editions LLC)

My Life and Toys (Hardcover)