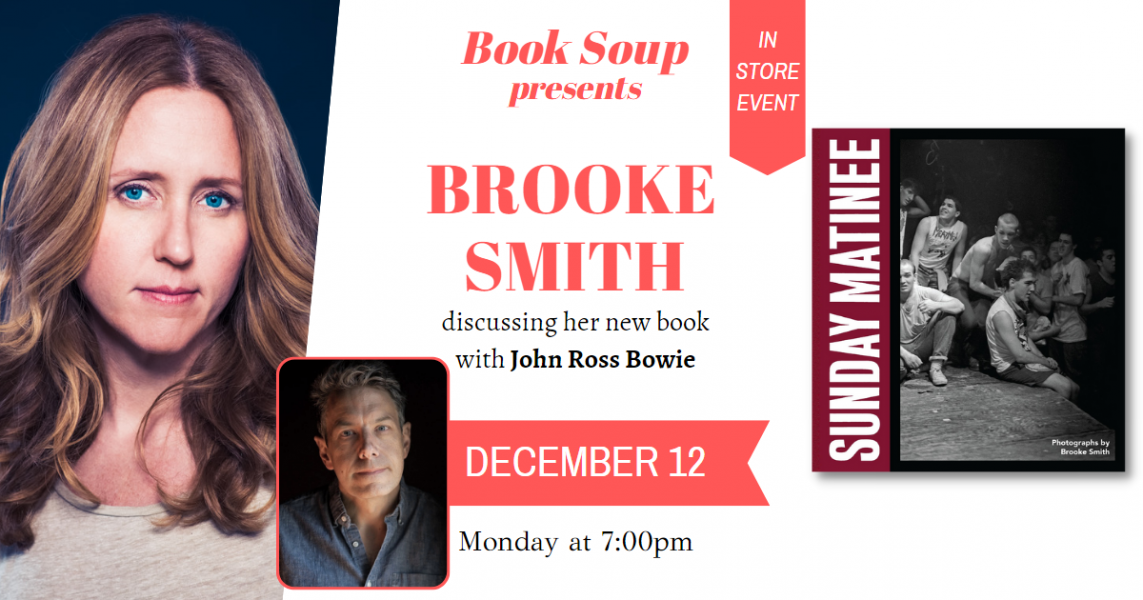 If the name Brooke Smith is known to the general public, it is from her acting on television shows such as Grey’s Anatomy and Ray Donovan or her role as Catherine Martin in Silence of the Lambs. But prior to all that, Brooke was a participant in the New York Hardcore scene of the 1980s, photographing bands at CBGB’s notorious Sunday afternoon gigs and hanging out on the Lower East Side of Manhattan.

Twelve years ago when Brooke was moving, a box was unearthed of the photos she’d taken during that heady time in her life. A year later, these pictures were exhibited at the Primary Gallery in New York City under the appropriate title, Sunday Matinee. Soon after the exhibit closed, Smith began combing through the thousands of pictures she had snapped in the hopes of editing them down into a book.

Now, after years of painstaking assembly, the book Sunday Matinee will finally see the light of day through Radio Raheem Publishing. Made up of live shots of Bad Brains, Agnostic Front, Cro-Mags, Murphy’s Law, and Underdog as well as candid photography of the colorful characters who made up the New York Hardcore scene, Sunday Matinee documents all the thrill and excitement of a Sunday afternoon on the Bowery in the 1980s and gifts it to you from the safety of the present day. (Radio Raheem/Deathwish)