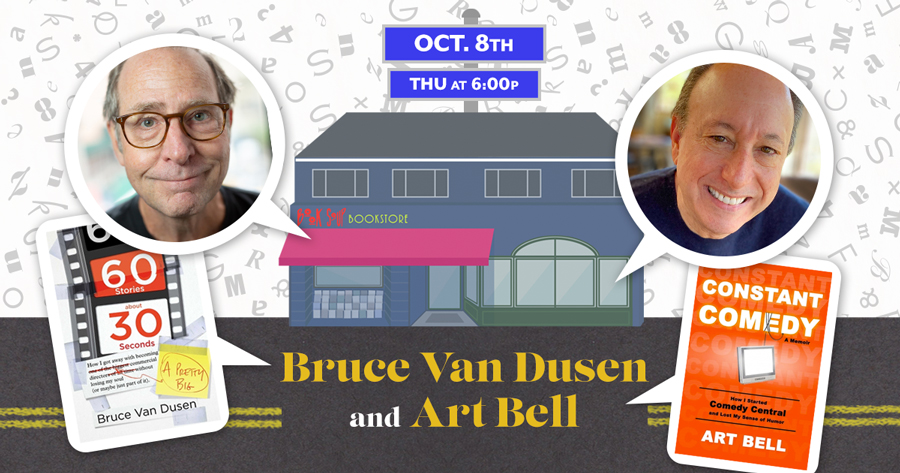 1977. New York City. Cool and crime-ridden, cheap and wild. Bruce Van Dusen shows up in town with a film degree and $150 to his name. He wants to make movies. So he does. The only ones anyone will pay him to make? Little ones. Thirty seconds long. Commercials. He has no idea what he's doing and the money sucks. But he's a director.
He quickly learns he has the two things he needs to succeed in the fickle world of commercial-making: a talent for telling short, emotional stories, and the hustle to fight for every job no matter how small. He still has no idea what he's doing--not that anyone needs to know that. He just keeps making it up as he goes along.
He gets hired by a client on life support in the most depressing hospital in New York. Gets peed on by a lion. Abused by Charles Bronson. Explains peristalsis to a Tony winner. Makes a movie and goes to Sundance. Goes back to little movies when it bombs. Keeps hustling, shooting anything. Gets married, has kids. Pushes, shoves, survives. Gets divorced. Survives some more. Is an asshole, pays the price, finally learns when and how to be an asshole and becomes one of the industry's stars.
Years go by and it's not what he expected. It's harder, weirder, and funnier. But it worked out. It worked out great, actually. (Post Hill Press)

In 1988, a young, mid-level employee named Art Bell pitched a novel concept--a television channel focused 100% on just one thing: comedy--to the chairman of HBO. The station that would soon become Comedy Central, with celebrated programs like South Park, Chapelle's Show, The Daily Show, and The Colbert Report, was born.
Constant Comedy takes readers behind the scenes into the comedy startup on its way to becoming one of the most successful and creative purveyors of popular culture in the United States. From disastrous pitch meetings with comedians to the discovery of talents like Bill Maher and Jon Stewart, this intimate biography peers behind the curtain and reveals what it's really like to work, struggle, and ultimately succeed at the cutting edge of show business. (Ulysses Press)

60 Stories About 30 Seconds: How I Got Away With Becoming a Pretty Big Commercial Director Without Losing My Soul (Or Maybe Just Part of It) (Hardcover)

Constant Comedy: How I Started Comedy Central and Lost My Sense of Humor (Hardcover)