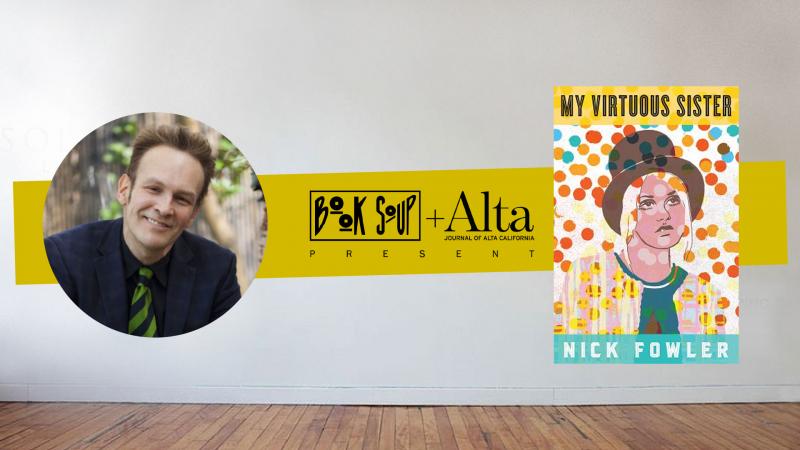 THIS EVENT HAS BEEN CANCELED.

My Virtuous Sister is a story of abuse, revenge and redemption that debuts missing 20-year-old Welsh emigrée Peddie Smout, famous as a rock star at the end of the last millennium. Among the post-9/11 rubble, her younger brother and soulmate Nate arrives in holiday-season Manhattan in search of his sister. By piecing together the ragged index cards of the makeshift diary he recovers from the Grand Central locker in which Peddie had secreted it, Nate unfolds the story of previous New Year's Eve 1999 and the brief fame of songstress Cordelia Peddie Smout, who, after having understood seduction to be a price of business, loses her record deal, gains a heroin habit, and finds salvation in the form of Alcoholics Anonymous. Or, rather, its star member, Teddy D., at whose "sober" New Year's Eve soiree the reader encounters not a few surprises.  Though Nate narrates Peddie's trials from a distance through the device of her index card diary, the redemptive love of their sibling bond powers his narration, illuminating all that is resilient and luminous in Peddie's character despite her fall from stardom to very hard times.