Catie Disabato, in conversation with Edan Lepucki, discusses U Up? 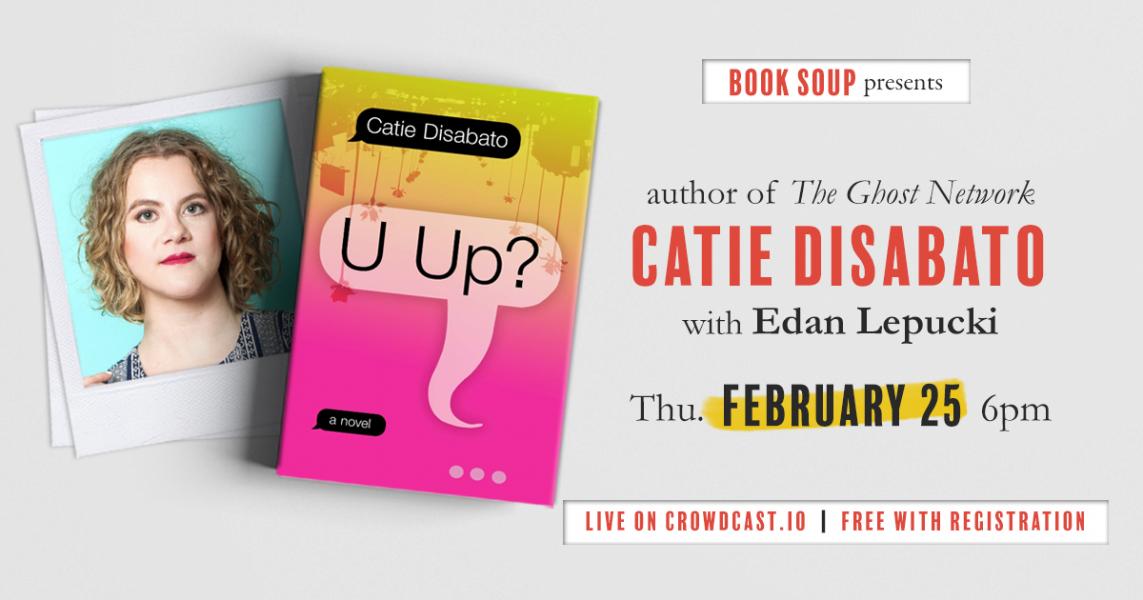 Eve has a carefully curated online life, works occasionally, and texts constantly with her best friend, Ezra. Basically, she is an archetypal L.A. millennial. She has also been carrying on a year-long conversation with her deceased friend Miggy over text. But when Ezra goes missing on the anniversary weekend of Miggy's death, Eve feels like her world is shattering.

Over a frantic weekend Eve investigates Ezra's disappearance, scouring social media for clues, while drowning her anger and anxiety in drinks, drugs, and spiritual cleansing. Eve starts to spiral as her friends try to convince her that she's overreacting, and ghosts--both real and metaphorical--continue to haunt her. When she uncovers clues to a life Ezra kept hidden, Eve starts to question how much she really knows about her best friend...and herself.

In U UP? Catie Disabato holds a mirror to the ways the phantom selves we create online permeate our emotional lives and hide our worst traits from everyone, including ourselves. (Melville House Publishing)