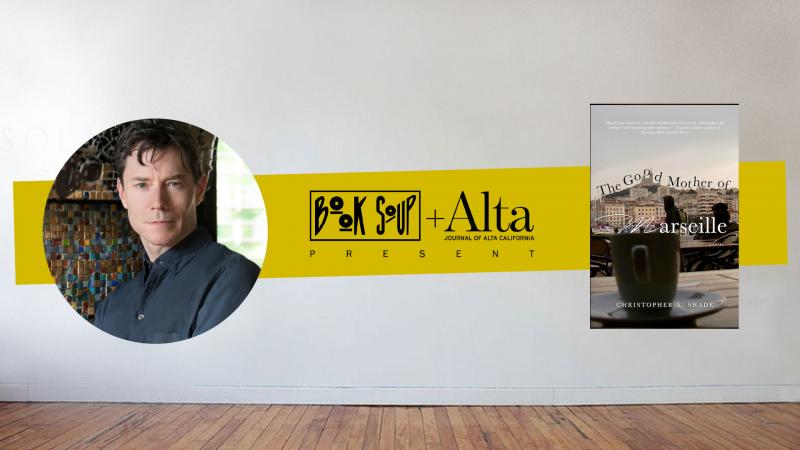 In Christopher X. Shade's The Good Mother of Marseille, it's the summer of 2013, in the year of Marseille's designation as the European Capital of Culture. Readers get a taste of this dangerous, impoverished yet seductive port city of France as they follow the interwoven stories of Americans who have come to wander and sightsee. Noémie, an anthropology student, wants to make the gritty graffiti-covered neighborhood of Cours Julien her home, but she's running out of time, money, and her university sponsor's patience.  Noémie watches over Corey, from New Jersey, who is an earlier version of her: also an anthropology student, he's just getting started. But what he wants is very different. He searches the Marseille streets for what he needs from someone to love. In the old port, the wife of a small-town Alabama couple presses to see all the sights while her husband is losing his vision to an eye disease. Noémie intersects with everyone--has she stolen their passports? A Colorado man with late-stage cancer and fear of the unexpected falls in love with a French woman he meets at a café on the old port. In Marseille and then in Paris, a woman helps her journalist husband figure out what is happening in his head as he experiences a peculiar stress disorder. Hovering on the fringe are the Marseillais, the shopkeepers, artists, café waiters. Who among them will save Noémie?

To the rhythm of European street life, each American puts a Marseille experience in the context of their own histories. It's a love letter to the turbulence of Marseille, and to the turbulence to be found under the surface of each of us, the pounding hearts and jarring fears.

The Good Mother of Marseille (Paperback)