Dan Peres discusses and signs As Needed for Pain: A Memoir for Addiction 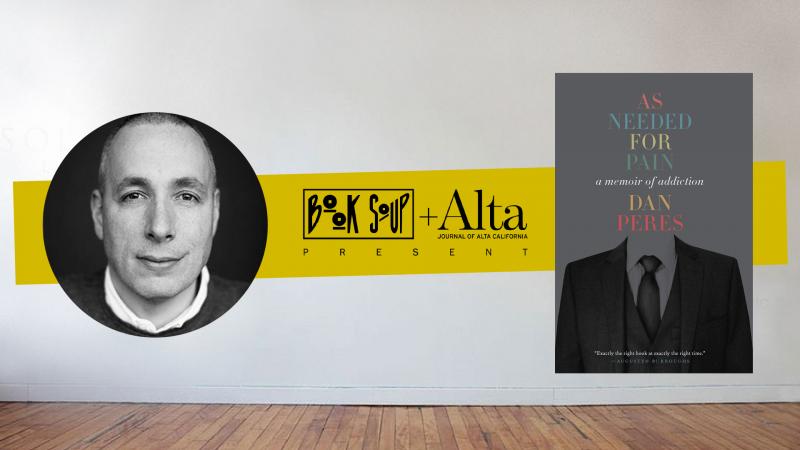 Joining Dan Peres for the conversation will be Maer Roshan, the Editor-in-Chief of Los Angeles Magazine, and actress Kristen Johnston (author of GUTS).

Dan Peres wasn't born to be a media insider. As an awkward, magic-obsessed adolescent, nothing was further from his reality than the catwalks of Paris or the hallways of glossy magazine publishers. A gifted writer and shrewd cultural observer, Peres eventually took the leap--even when it meant he had to fake a sense of belonging in a new world of famed fashion designers, celebrities, and some of media's biggest names. But he had a secret: opiates.  Peres's career as an editor at W magazine and Details is well known, but little is known about his private life as a high-functioning drug addict. In As Needed for Pain, Peres lays bare for the first time the extent of his drug use--at one point a 60-pill-a-day habit.

By turns humorous and gripping, Peres's story is a cautionary coming-of-age tale filled with unforgettable characters and breathtaking brushes with disaster. But the heart of the book is his journey from outsider to insecure insider, what it took to get him there, and how he found his way back from a killing addiction.  As Needed for Pain offers a rare glimpse into New York media's past--a time when print magazines mattered--and a rarefied world of wealth, power, and influence. It is also a brilliant, shocking dissection of a life teetering on the edge of destruction, and what it took to pull back from the brink. (Harper)

As Needed for Pain: A Memoir of Addiction (Hardcover)