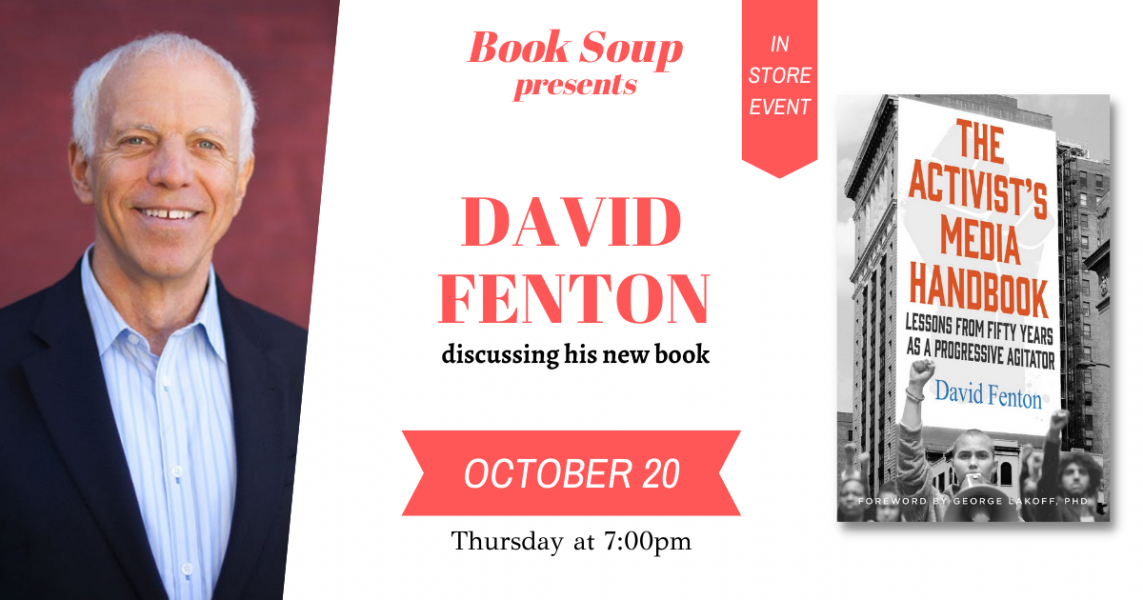 Activist and public relations thought leader David Fenton shares lessons on how to organize successful media campaigns, cultivated from more than half a century working within some of history's most impactful social movements.

In an extraordinary career David Fenton has learned first-hand what to do--and not to do--to propel progressive causes into the public eye and create real, impactful, lasting change.

A visionary activist, Fenton has been the driving force behind some of the most important and history-making campaigns of the last 50 years, from the No-Nukes concerts with Bruce Springsteen in 1979, to the campaigns to free Nelson Mandela and end apartheid in the late 1980s, exposing the dangers of toxic chemicals in our food, the long battle to legalize marijuana and end racist drug laws, the misinformation in Washington during the Bush era in the 2000s, and recent campaigns that successfully banned fracking in New York and alerted the public to the climate crisis, including the environmental impact of Bitcoin.

Reflecting on his life, with tales of living in a commune, photographing riots and rock stars, working at Rolling Stone and High Times magazines rabble-rousing with Abbie Hoffman, and collaborating with presidents and celebrities, David tells the fascinating story of how he developed the strategies and tactics that have made him a successful media agitator. David then shows how these tools can be used by anyone to advance their cause.

Part rollercoaster memoir, part practical guide, The Activist's Media Handbook provides an essential toolkit for today's activists for organizing to win: how to tell your story, captivate audiences, and inspire them to join the cause. (Earth Aware Editions)

The Activist's Media Handbook: Lessons from Fifty Years as a Progressive Agitator (Hardcover)