David McGlynn discusses and signs One Day You’ll Thank Me: Lessons from an Unexpected Fatherhood 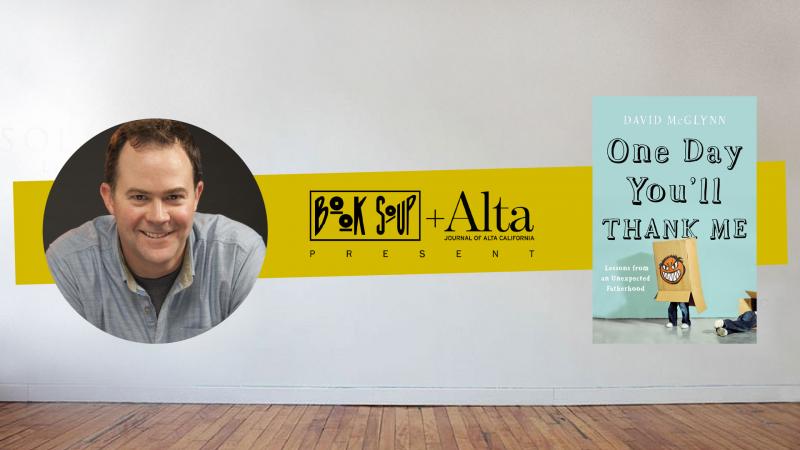 Fatherhood caught David McGlynn by surprise. His sons arrived in quick succession--the first when the author was a dirt-poor student and the second not long after he'd moved his family across the country to start a new job in bucolic Wisconsin. As a result, McGlynn found himself colliding with fatherhood, at once scared to death and utterly thrilled. Just like many new fathers, he hopes he's doing the right thing--but he's never quite sure.  One Day You'll Thank Me translates the small, often hilarious moments common among parents of young children, especially dads, into "life lessons" about fatherhood. Comprised of interconnected chapters--many of which have appeared in such prominent publications as The New York Times, Men's Health, Parents, Real Simple, and O, The Oprah Magazine--the stories invoke a sense of humor and honesty that expand our understanding of what it means to be an American dad. (Counterpoint LLC)

One Day You'll Thank Me: Lessons from an Unexpected Fatherhood (Hardcover)