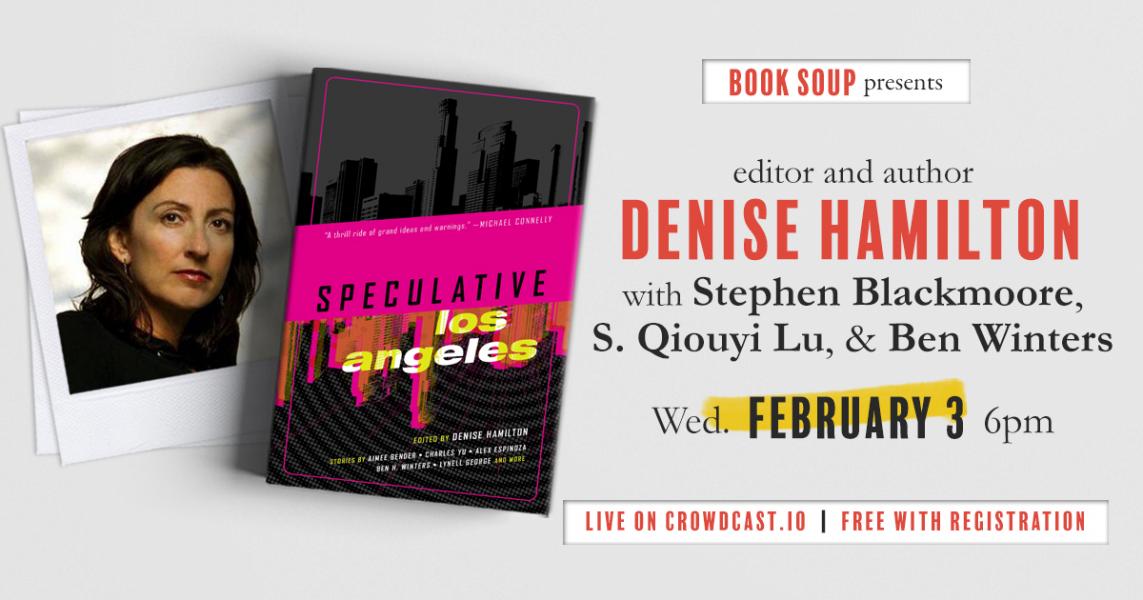 As an incubator of the future, Los Angeles has long mesmerized writers from Aldous Huxley to Octavia E. Butler. With its natural disasters, Hollywood artifice, staggering wealth and poverty, and urban sprawl, one can argue that Los Angeles is already so weird, surreal, irrational, and mythic that any fiction emerging from this place should be considered speculative. So, bestselling author Denise Hamilton commissioned fourteen stories (including one of her own) and did exactly that. In Speculative Los Angeles, some of the city's most prophetic and diverse voices reimagine the metropolis in very different ways.  In these pages, you'll encounter twenty-first-century changelings, dirigibles plying the suburban skies, black holes and jacaranda men lurking in deep suburbia, beachfront property in Century City, walled-off canyons and coastlines reserved for the wealthy, psychic death cults, robot nursemaids, and an alternate LA where Spanish land grants never gave way to urbanization.

As with our city-based Akashic Noir Series, each story in Speculative Los Angeles is set in a distinct neighborhood filled with local color, landmarks, and flavor. Since the best speculative fiction provides a wormhole into other worlds while also commenting on our own, that is exactly what you'll find here. (Akashic Books)