Diana Campoamor and contributors discuss If We Want to Win: A Latine Vision for a New American Democracy 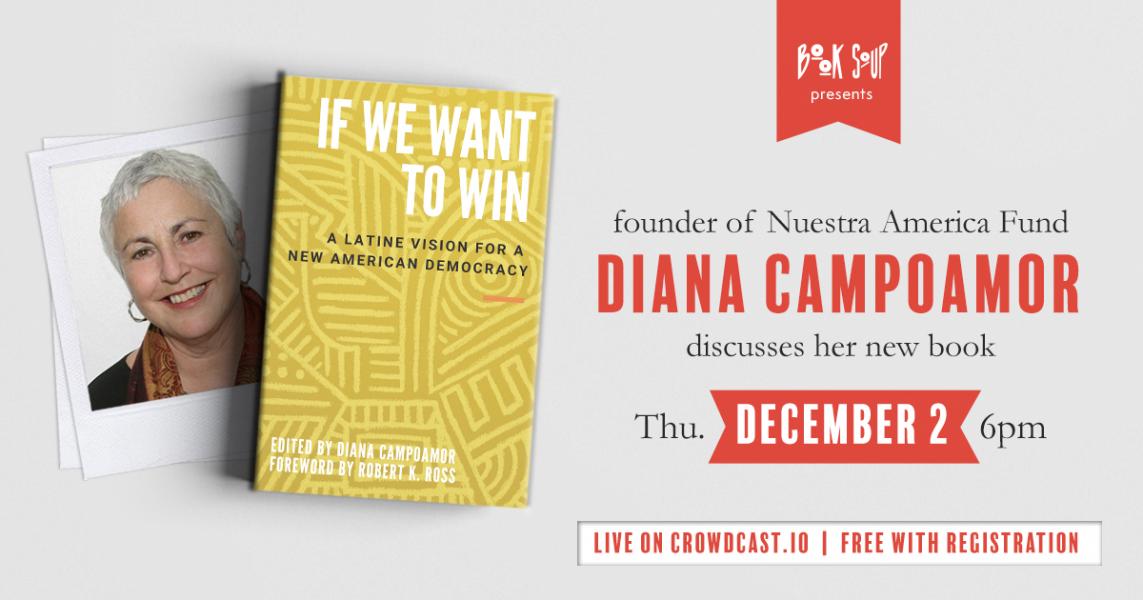 Latinx people make up the second-largest ethnic and racial group in America, with a population of over sixty million. They have been integral to shaping the country's economy, culture, and politics, and their influence and power continue to grow at all levels of civic life. Yet their diversity remains misunderstood, their contributions ignored, their concerns overlooked.

If We Want to Win brings together twenty leading figures involved in issues that affect the Latinx community, to lay out a vision for the future of American democracy, drawing on their experience and expertise in areas ranging from the arts, juvenile justice, women's rights, and education, to environmental justice, racism, human rights, immigration, technology, and philanthropy.

Each contributor tells his or her own story alongside stories of the resilience and hope they have encountered over the course of their careers, debunking the stereotyping and scapegoating that continue to plague the Latinx community and seeking a more accurate portrayal of themselves and their communities. While questioning what it means to be Latinx and what it means to be American in the twenty-first century, this inspiring, visionary collection offers a blueprint for moving the United States toward a more inclusive and just democracy. (New Press)

Olga Garay-English is an independent arts consultant. She formerly served as executive director of the City of Los Angeles Department of Cultural Affairs.

Puerto Rican writer and journalist Anjanette Delgado is the award-winning author of two novels, The Heartbreak Pill and The Clairvoyant of Calle Ocho. She has contributed to numerous anthologies, The Kenyon Review, Pleiades, Vogue, the New York Times (“Modern Love”), the Hong Kong Review, National Public Radio, and HBO.

If We Want to Win: A Latine Vision for a New American Democracy (Hardcover)